You are here: Home / Our Clients / IDC
Previous Back to all Next

Find Out How We Saved Time, Money and Improved Output for IDC 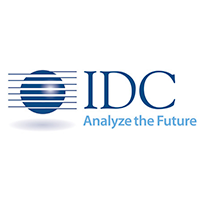 In the past few years, with the recent economic hardships faced by many companies, IDC refocused its marketing efforts away from press and towards more tangible areas of the company, such as business development.

The challenge for the EMEA Marketing Manager, Mathew Heath, was being left to solely manage the Communications department while spending a greater proportion of time driving the more business focused marketing campaigns. As a result, he was unable to devote as much time as he would like to all of his different areas of work. “To put into context, approximately 10 years ago, I used to focus purely on PR within a larger marketing department, spending time creating and distributing press releases, following up with journalists, keeping press lists etc. Nowadays, I spend less than 5% of my time working on PR for the company,” said Mathew.

Mathew was particularly interested by a premium media database. “We had a similar product at the time, but integrated PR software sounded very interesting, like it would add another layer to the database we were already using for more or less the same price. So I went back to work and pitched for it. It was an easy decision.”

IDC implemented the media database and immediately found that it delivered on its promise. Today, Mathew finds the “Living List” files the most advantageous. ” Before, we would receive reports indicating that ‘this person has left, this person has joined’ and it was really hard to keep track of. With the amount of industry churn, saved searches became out of date after a week; all we needed was a system that would update lists automatically. The software takes care of this for us. As soon as someone leaves or joins, the system is updated; you can trust that the list is valid and up-­to-­date. The churn in the journalist sphere is so huge that job titles, contacts and numbers are always changing. It would be fine if I had the resources to manage this type of admin task, but that’s not the case. The time spent updating and changing lists would be significant and having a system that does it all for you is so helpful.”

Another example of where the software has come in handy is when IDC developed their “Insights” business line. IDC Insights businesses focus on technology in six given industries; government, financial, energy, health, manufacturing and retail.

Mathew explained “we just didn’t know and weren’t known by any specialist publications in those areas. The software made it extremely easy to seek out the relevant publications across the different regions. We managed to crack into a whole new list of publications from a range of different verticals which really helped gain visibility quickly for the new business line.”

IDC also chose to implement the press monitoring tool and analytics function, allowing them to measure and evaluate PR and Marketing activities in the US as well as EMEA. Mathew told us “personally, I don’t spend much time monitoring and analysing, given our industry, we are not too concerned about the tone of coverage or any negative backlash. However, my US colleague has just started using the system with the goal of delivering custom reports to the CEO, including press mentions which are a key performance indicator for him. You can search for any term you like and pull every type of graph and chart, all in one single click. You don’t have to pay someone externally to run the analysis for you, it’s great!”

“Overall, your PR software has helped enormously with organisation and time­saving. I would previously do everything manually. I had an excel sheet with a few hundred press contacts to reach out to and I didn’t have the time or resources to search for the relevant people in new areas we were covering. I usually had the main areas covered, like the tech publications and some of the national press, but I wouldn’t have had any of the niche ones on there, which is something the software really helps me with, segmenting and targeting the relevant contacts. I could have searched online for this information, but it would have been hugely time consuming and would have meant neglecting other tasks that were equally as important”, concluded Mathew.

Saving Time: “Integrated PR software saves me a great deal of time. Everything used to take significantly longer before: compiling press lists, creating press releases and distributing them, it was a full­time job. Now I can get away with spending much less time on management/admin on the press side”

Customer Support: “The high level of customer service is also worth mentioning. I love the fact my Account Manager checks in regularly to see how everything is going, but not too much that it’s overwhelming. I am always informed about new products and services in a non­pushy fashion. Both my Account Manager and the Support team are very responsive and helpful and they are all very well versed in the product.”

“Integrated PR software saves me a great deal of time. Everything used to take significantly longer before: compiling press lists, creating press releases and distributing them, it was a full­time job. Now I can get away with spending much less time on management/admin on the press side”

We found you to be the easiest to work with and liked how everything was under one login.

FIND OUT MORE ABOUT THIS SOLUTION