You are here: Home / Government / Brexit Bulletin Breakdown
Previous Back to all Next 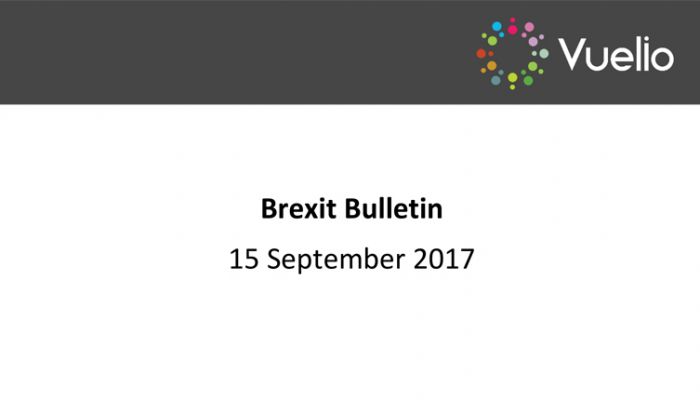 The latest Brexit Bulletin from Vuelio covers all the recent updates from the Brexit process – sign up to receive the fortnightly political update here.

The week’s bulletin includes a detailed analysis of the following key events:

The Brexit Bulletin also includes a detailed timeline of future events, the immediate activities around Brexit that are most likely to shape the conversation and a comprehensive stakeholder digest with all the Brexit-related news.

Vuelio’s Brexit Bulletin is a one-stop-shop for keeping on top of everything Brexit. Don’t waste time during Brexit – stay in the know with everything that’s important to you.

The Vuelio Political Team will also be reporting from the major party conferences – find out more here.