You are here: Home / PR Pulse / Building lasting relationships with PR & Journalist ‘speed ...
Previous Back to all Next 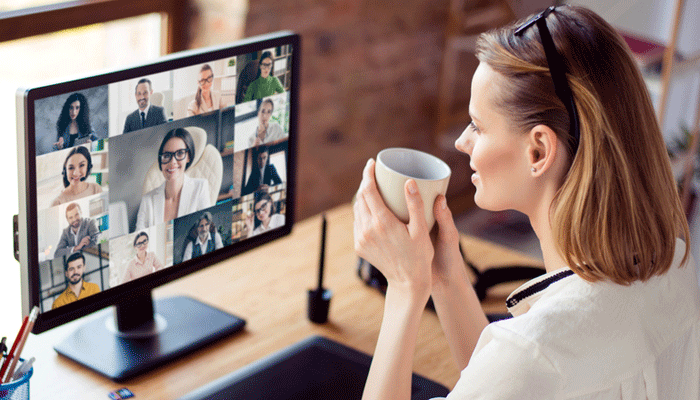 This year we have partnered with two fantastic organisations, Journo Resources and Freelancing for Journalists, which support journalists, from those at the start of their career to those who are getting to grips with the freelance way of life.

To help PRs and journalists continue to build lasting relationships we ran a virtual ‘speed dating’ event where four PRs and four journalists each had four 15 minute ‘dates’. We caught up with them afterwards to get their feedback and see if any professional relationships were blossoming.

Firstly, did you enjoy your ‘speed dating’ experience?

Amy Borrett, Data Journalist at the New Statesman: Yes, I did enjoy the experience. I thought the conversations offered an interesting insight into the work that the PRs do and the relationship that they have with the companies that they represent. I found it refreshing to connect with people that I would not normally encounter as part of the beat that I usually cover.

Claire Beaumont, Head of PR & Content at Igniyte: The experience was great, really well thought through, and gave me chance to speak to journalists that I wouldn’t normally speak to. As I’m based in the North I’ve struggled to be able to access these type of events, as they are often based in London first thing in the morning.

Vanese Maddix, freelance journalist: Yes, I really enjoyed my speed dating experience. It was my first time attending something like this. At first, I was nervous that I wouldn’t know what to say but the conversation flowed really well on both sides.

Allie Nawrat, journalist at UNLEASH: It was really fun and a super informal way to chat to some PRs about their jobs and their lives.

Lee Simpson, account director at Fourth Day PR: I really enjoyed my speed dating experience! It was so refreshing to speak to journalists in this way, particularly when it’s notoriously difficult to get them on the phone – and we can’t meet for coffees currently.

Finbarr Toesland, freelance journalist: Yes, there was a good mix of PRs representing firms in different industries. The 15-minute slots were great to speak to more than just one PR and to hear a range of ideas.

Were you surprised by anything the journalists/PRs told you about their job?

Amy Borrett, Data Journalist at the New Statesman: Not especially, although I was surprised at the breadth of companies that they worked with.

Claire Beaumont, Head of PR & Content at Igniyte: It’s always really interesting to get first hand accounts from journalist about how they’re working in the industry at the moment, and how things have changed and evolved.

Allie Nawrat, journalist at UNLEASH: Not so much. I have quite a few friends that work in PR so I am pretty clued into how journalism differs and what us journalists can do to make their lives easier! (AKA replying to emails and actually being friendly!)

Lee Simpson, account director at Fourth Day PR: I was surprised to hear from one journalist that they sometimes find it difficult to get high quality comment for their features turned around quickly from PRs. It made me realise that quality and speed are absolutely vital.

Finbarr Toesland, freelance journalist: Not really, but it was interesting to hear about the pressures facing PRs as they deal with requests from journalists at the same time as keeping their clients happy.

Victoria Heywood, Communications Officer at Guide Dogs: Not really, as I myself have been a journalist before. It was a bit surprising to have some journalists from some very niche subjects or with a mostly international audience. With them we had a bit of struggle to work out how we could work together in the future as our interests/needs didn’t really overlap. Hopefully as this event expands you’ll be able to ‘matchmake’ people more?

What do you think people misunderstand about PR/journalism?

Amy Borrett, Data Journalist at the New Statesman: I think there is a lot of misunderstanding around what data journalists do, especially around the nature of the data that we need to stand up a good story.

Claire Beaumont, Head of PR & Content at Igniyte: People tend to misunderstand about what is involved in PR, it could be something simple like not knowing what is involved, or what our days look like from day to day. I always try and explain to people that I manage brands (personal or business) and that involves so many different things, PRs always have a lot of plates spinning in the air.

Vanese Maddix, freelance journalist: I think sometimes people assume that if you work in journalism that you get to call the shots about absolutely everything from automatically getting to decide which publications you want to write for, which isn’t true. Even if you work in-house for a publication, you still have to pitch your ideas and a pitch is not always picked up the first time around.

Allie Nawrat, journalist at UNLEASH: I think a lot of people think that it is national newspapers or bust – like they should only be focused on getting stories into nationals. But actually, in terms of business, you want potential clients to read the stories, you are often better to get the story into a smaller B2B publication with knowledgeable sector-specific journalists.

I think PRs often get it more – but the general public don’t really get the breadth and depth of the media industry and that it is much more than the Daily Mail, Guardian and BBC.

Lee Simpson, account director at Fourth Day PR: PRs seem to get the most bashing on social media for starting emails with ‘Hi, hope you’re well’ and pitching irrelevant stories to journalists. So, there’s perhaps a common misconception that PRs are blithely pitching their clients in for things when in reality, in my experience, that couldn’t be further from the truth. Most of us are just being nice and trying do the best work we can for our clients!

Finbarr Toesland, freelance journalist: I don’t think many people are aware of the process in which articles are created. From pitching, speaking to sources to editing, the general public only see the ‘finished product’ and a lack of transparency around the creation process needs to be addressed so there is more trust in journalism.

Victoria Heywood, Communications Officer at Guide Dogs: That anyone could do it and it’s not a real profession or skill!

If you could change one thing about journalists/PRs what would it be and why?

Amy Borrett, Data Journalist at the New Statesman: I think I would like to receive more tailored pitches that fall within my beat. Too often PRs reach out with pitches and companies that are quite clearly outside of the areas that I cover.

Claire Beaumont, Head of PR & Content at Igniyte: I appreciate that journalists are busy, but even something simple like a one-word email saying no to pitches would be so helpful. Pitches often go into the ether and I don’t want to bug by following up on something they don’t feel is right for them at the time.

Vanese Maddix, freelance journalist: I think PRs are great and amazing at what they do. If I could change one thing it would probably be for PRs and Journalists to build an even deeper bond. I’ve had some really great 1-1 Zoom sessions with PRs where we’ll have a virtual coffee and get to know each other better.

Allie Nawrat, journalist at UNLEASH: Constant following up, especially on the phone. Journalists are often at the whim of editors – so even if they wanted to cover a story, they often can’t – so not nice to be made to feel bad for not covering something.

I also think being insistent on phone calls or video interviews – sometimes email questions suffice and save us journalists a lot of time (transcribing is a real time waster for us!).

Lee Simpson, account director at Fourth Day PR: It would be useful to receive feedback on stories that aren’t hitting the mark. That way we can offer the most value as possible to each other and nobody needs to waste too much time.

Finbarr Toesland, freelance journalist: It would be great if PRs got in touch with more tailored pitches, rather than simply pitch broad topics that I would never cover, which wastes time for both the PR and journalist.

Victoria Heywood, Communications Officer at Guide Dogs: I don’t love churnalism/clickbait that is about causing division and driving revenue. It’s a shame the economics of journalism have changed so much.

Hopefully you’ve made some professional connections, do you think you’ll stay in touch?

Amy Borrett, Data Journalist at the New Statesman: I can definitely see fruitful collaborations with some of the PRs in the future.

Claire Beaumont, Head of PR & Content at Igniyte: I’m hoping so, I think the matches that were chosen were really good, and I’m looking forward to working together on future projects.

Vanese Maddix, freelance journalist: For sure, everyone I spoke to was super lovely. There was a whole heap of giggles and it was lovely to learn about upcoming projects from the PRs which I’m looking forward to seeing pan out.

Allie Nawrat, journalist at UNLEASH: Definitely! I have already connected with a few of the PRs on social media and will hopefully get a few good stories out of it.

Lee Simpson, account director at Fourth Day PR: Absolutely! We have already connected on LinkedIn and Twitter. Maybe you could go full Cilla Black and revisit this in a year to see how our relationships have flourished.

Finbarr Toesland, freelance journalist: Yes, I intend to keep in touch with a few of the PRs and will reach out to them when an article I’m working on needs expert commentary.

Are you a PR or a journalist looking to build new relationships? Email Rebecca Potts, our Group Events Manager to put your name down for our future ‘speed dating’ events.