You are here: Home / PR Pulse / ‘Charities are stronger as one voice’ – The Great Covid...
Previous Back to all Next 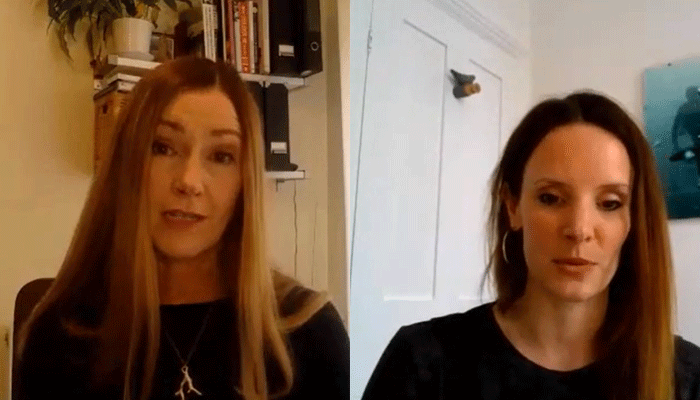 No sector has been left unscathed by the pandemic and the charity sector has faced multiple challenges impacting fundraising, comms, campaigning and supporter engagement.

In our recent webinar we spoke to Caroline Mallan, head of external affairs at the Charities Aid Foundation (CAF) and Emily Sturdy, head of supporter engagement at Parkinson’s UK to find out how they’d adapted their fundraising and messaging over the past 12 months.

We started the conversation on an optimistic note and discussed the positives charities have taken from the last year, with both Emily and Caroline agreeing that innovation has been the most encouraging result to come out of the pandemic.

Using 2020 as a ‘catalyst for change’ at Parkinson’s UK, Emily talked about how they had been pushed to get more out of data and insights so they could better understand their supporters and where their digital presence is. Caroline echoed these sentiments and provided hopeful insight regarding the changing public perception towards charities. Previous research had shown falling trust levels but since the pandemic this has been more than reversed, especially towards local charities. Caroline said: ‘People have had a reminder of the role they play in their communities, helping friends, neighbours and relatives’.

The past 12 months have seen everyone change their way of life, whether it’s working from home instead of the office to getting au fait with video call technology, and these changes have been reflected in how charities work.

At Parkinson’s UK, they had to adapt quickly and be flexible to not only a new way of working but creating virtual events rather than in-person activities that they would ordinarily run.

CAF helped charities with their own adjustments, enabling them to survive, adapt and thrive, and have been able to offer large scale grant funded programs to charities which supports the need for digital transformation. Caroline shared insight into the types of applications they received from charities that had previously relied solely on face-to-face support, giving the example of a charity who now needed to provide mobile phones and data to their volunteers to ensure they could continue to reach the at-risk young people.

Caroline gave some hard-hitting stats around how the pandemic has changed how charities fundraise with half of charities saying they had to change their methods and, worryingly, two thirds of charities stating they do not fundraise online. Along with charities, CAF also surveys the general public and saw giving levels at the start of the pandemic were what they would normally see in November/December, with huge fundraising campaigns around Children in Need and the Poppy Appeal.

Emily spoke about how they had to adapt the story they were telling when their research changed, focusing on the services they were offering to people affected by Parkinson’s, such as increasing the capacity on their helplines so they could have longer conversations with more people. Research is now getting back into full swing and, as such, their messaging has adapted to reflect this, focusing on the aim of a treatment for Parkinson’s by the end of 2024.

It’s not only messaging that has had to change but also how charities fundraise. Emily explained how Parkinson’s UK found good digital functionality crucial so they could communicate their core message and make sure their supporters were aware of how Parkinson’s UK could help. The channels they used to fundraise pivoted and they saw success on Facebook donate as this is where the stories from their supporters and community were being shared.

Charities rely on campaigning and lobbying to effect change, and both CAF and Parkinson’s UK had to adapt their approach during the pandemic. Caroline spoke about the difficulties of getting the attention of the Government with Covid dominating the year but found a positive outcome was the renewed collaboration within the sector and the recognition that charities are stronger as one voice.

Emily agreed that their lobbying had changed and shifted from the Government to the supermarkets, to make sure vulnerable people could get priority delivery slots as well as lobbying to make sure they had access to social care and health services. Emily and Caroline were both in agreement that the charity community working together meant they were able to get stuff done.

As the conversation drew to a close, the discussion focused on the future and whether we’ll see a return to the pre-pandemic methods of fundraising or if these changes will stay.

Once again Emily and Caroline were in agreement that the future of fundraising is hybrid and we’ll see virtual events used alongside in-person activity. And in terms of content and campaigns, Caroline said the key is human connection, being able to show the impact of the donations and finding emotive ways to show the funds in action.

Watch the webinar in full here.