You are here: Home / Communications / Charity begins at Vuelio
Previous Back to all Next 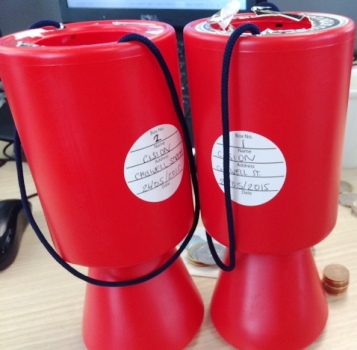 It was not just the weather that gave all of us here at Vuelio a reason to smile – but a series of events that took place over the week to raise money for charity that contributed in spreading both warmth and cheer in the office. The week kicked off with Gerard McNamara, commercial director and Richard Faucher, telemarketing manager, dressing up as Fawlty Tower’s Basil and Manuel and doing a tea and coffee run around the office to raise donations for Nepal Earthquake Appeal on behalf of the Disasters Emergency Committee. This was followed by The Great Vuelio Bake Off, a Ping Pong Tournament, Face Painting and other character dress-ups. The week ended on a high note with Craig Wilson, key accounts manager, bringing Teletubbies back as Tinky Winky along with other Vuelioites that dressed in purple in support of The Stroke Association.

Our aim was to raise over £500 this week and were even rewarded with giveaways from organisations such as POD, EAT, White Hart Lane, Nando’s, Tower of London, DEC and Cute as a Button Creations. Thank you to all who participated and a special shout out to Raji Sandhu, client manager at Vuelio, who made it all happen. 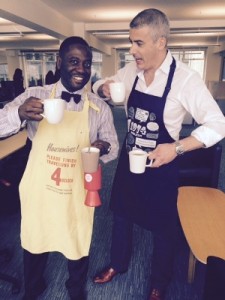 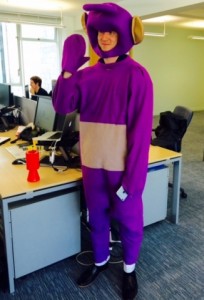 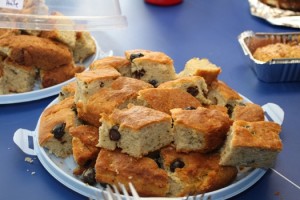 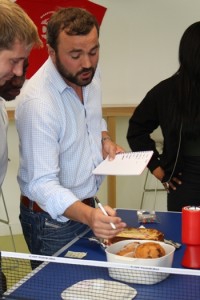 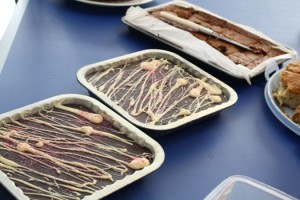 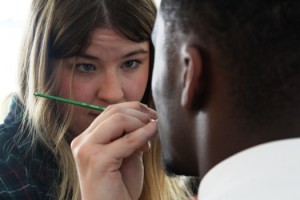