You are here: Home / Media / Clean eating – KFC prefer it dirty
Previous Back to all Next 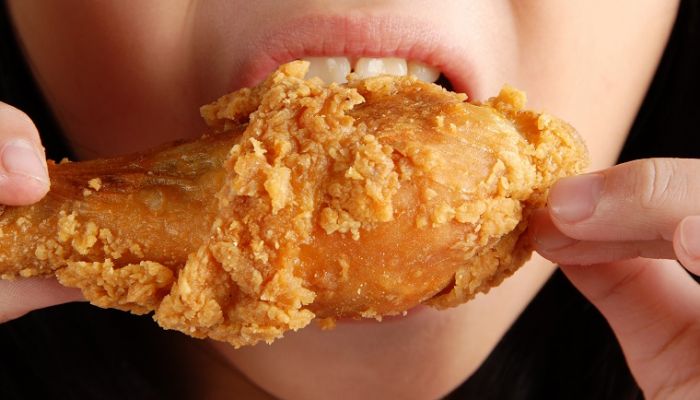 How does a fast food chain ride on the back of the current clean eating fad sweeping the UK? How about ridiculing it and encouraging its diners to grab a dirty burger instead. That’s the exact approach fried chicken joint KFC took when promoting their latest menu item – The Dirty Louisiana.

It seemed to work, the fictional Figgy Poppleton-Rice scored tens-of-thousands of followers via her blog and social media accounts where she prompted culinary delights such as her diary free milkshake (essentially four dairy free milk alternatives served in a jam jar), a veggie hot dog (a carrot tucked into an aubergine) and tofu energy bars (a slice of tofu with two pine nuts on top).

The campaign culminated with the “launch” of the Poppleton-Rice-endorsed KFC Clean Eating Burger (essentially a sliver of “spiralised” chicken breast, a tone of kale and some “ice cube relish”served between a halfed head of cauliflower) on Facebook.

KFC left the campaign to simmer (or more likely, lightly steam) for five days before the truth was finally revealed. During this period the campaign received 4.8 million views, nearly 16,000 shares and 53,000 comments.

Jack Foley, brand manager at KFC UK and Ireland, told journalists: “Our whole positioning around this was challenging that joylessness of clean eating that we’ve noticed through social listening and covered as a hot topic in the press.

Foley continued: “We wanted to have five days where people were like, ‘What is going on?”

KFC finally destroy the myth of the Clean Eating Burger by dropping a huge banner for The Dirty Louisiana on poor Poppleton-Rice’s Facebook cookery demonstration.

KFC followed up with a release that stated: “While it [The Dirty Louisiana] might not actually have incredible superfood powers, it tastes loads better.”

KFC have done a great job riding the zeitgeist while poking fun at current fads and themselves.  Who can argue with that?