You are here: Home / PR Pulse / Coming January 2019: the UK’s Top 50 Political Influencers
Previous Back to all Next 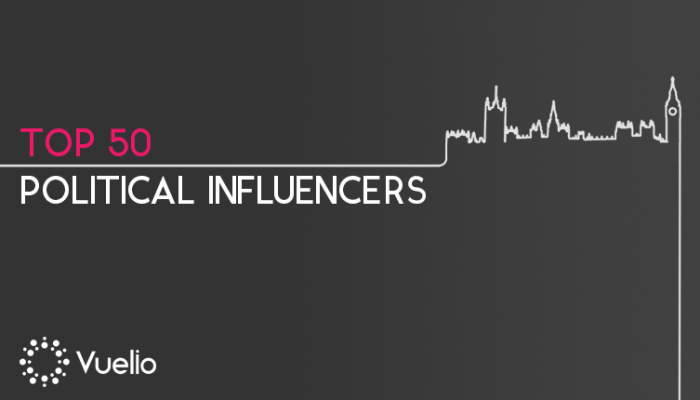 Vuelio is renowned for its rankings, with the top blog rankings, compiled by our in-house media research team, famous the world over. To prepare for what could possibly be the most tumultuous year in politics, we’ve now turned our attention to political influencers from the world of media including broadcasters, editors, columnists, journalists and bloggers.

Launching in January, the Top 50 Political Influencers is being compiled using automated metrics as well as human intelligence. It will be the most comprehensive guide to media commentators, and those with the power of persuasion, ever produced.

Each entry in the ranking will be profiled, making it the who’s who of political media influencers of 2019.

Make sure you don’t miss out on the Top 50 Political Influencers – sign up to Vuelio political updates here.

Find out more about identifying, understanding and engaging with both media and political influencers.