You are here: Home / journalism / Media Spotlight: Deco magazine
Previous Back to all Next

Deco (pronounced dee-co with the emphasis on eco) is a new online publication that focuses on eco-friendly interior design.

Editor Abby Trow launched the title when she saw a gap in the market: ‘Last year I was thinking why isn’t there a publication on nice design where the manufacturers and designers were trying to be greener’.

Abby initially trained as a news journalist at the Chatham News and Kent Evening Post. She then went to the BBC and worked on BBC network radio news as a journalist. Through a friend she got into design journalism and became launch editor of trade interior design title IDFX, which sadly closed earlier this year. 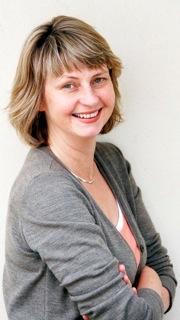 Abby has been a freelance editor for some years and as well as Deco, she edits a contract interiors magazine, Spanish. She noticed that the Spanish are quite eco in the materials they use and in cutting CO2 emissions. This, coupled with her own interest in environmental issues, led to the beginnings of Deco magazine.

The publication is not about being ‘rabidly eco’ but rather the emphasis is on being ‘greener’. Abby says: ‘Explanations in layman’s terms about the materials and sustainability of things that go into our homes would help people like me make more environmentally-friendly decisions. It’s about having the right information.’

The idea wasn’t always to launch an online title: ‘Initially I wanted to do a print magazine but the financial and environmental cost of printing and distributing a magazine is enormous. I thought I didn’t like reading things online but then realised I do: I read the Guardian online. And as an eco publication it couldn’t really be anything other than digital.’

Abby was advised to start small and build a readership. In its first month the magazine had 9,500 hits, which with no budget for an official launch or advertising is fairly impressive. In the future Abby plans to launch a Deco app, email marketing, awards, e-commerce and even possibly a yearbook, but for now she’s relying on SEO and word-of-mouth.

There are other benefits to having an online publication and Abby sees Deco magazine’s archive becoming a resource for consumers and professionals alike. The ease of communicating ideas and publishing content is far greater than with print and it allows editors like Abby to launch their own publications.

There are a few downsides to digital according to Abby. She prefers a book to her Kindle and finds printed graphic design more impactful than the online equivalent, but the negatives are outweighed by the positives. As for other online efforts, Abby finds they can be limited: ‘A lot of online magazines are bitty, I think it feeds the idea that people can only concentrate on a few lines at a time – which may be the case of course!’

She’s not been overly enamoured of design blogs either: ‘I don’t like to be too critical, but they can feel like they’re half amateur journalism, half ego. I am researching possible people to contribute to Deco mag and if people would like to contact me, they’re more than welcome to.’

PRs, on the other hand, are often unfairly criticised according to Abby, who values their input: ‘I appreciate PRs; they do a lot of the legwork and a good job. I need them, they tell me about things and people I didn’t know about. I have a lot of relationships I’ve built up over the years and a lot of their clients are doing more eco things.’

Editorial information on Deco magazine and Abby Trow, along with thousands of other media contacts and websites, can be found in the CisionPoint media database.