You are here: Home / Politics / Dr Rosena Allin-Khan MP: I’ve been the underdog all my life, but I have t...
Previous Back to all Next 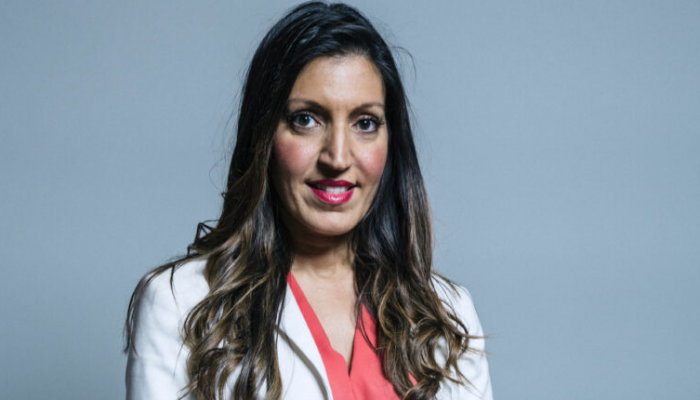 When I saw the results of the last election, it broke my heart. I saw a door close on a whole generation of children growing up in difficult circumstances, just as I did, but who’ll never get the same life chances that I eventually enjoyed under a Labour Government. It also lit a fire in the pit of my belly to do something about it. That’s why I decided to run for Deputy Leader. The door I saw close doesn’t have to stay shut forever, but to re-open it, we need a Labour Government.

Working as an A&E doctor on the front line of our NHS, means I see a snapshot of our society in technicolour. Here, everything is on show and it’s clear to me how people are suffering. Growing up poor and cold while my single mum worked three jobs to support me and my brother, taught me the reality of daily life for people across the UK. My mother always told me that there were people worse off than us. I have never forgotten that; it drove me to fight to become a doctor, despite failing my A-Levels first time around because things were difficult at home, and it spurred me on to work as a humanitarian doctor in conflict zones across the world.

The Labour Party changed my life and the lives of so many others. It’s incredibly sad then to see the party in a critical condition. This is no accident, but the result of a chronic failure to address symptoms that were visible for all to see. We shouldn’t have ignored the warning signs in Scotland, and now we’ve paid the price in northern England, across the midlands and in Wales. The Labour Party has to start listening, with humility, not put words into people’s mouths. Only by listening can we begin to heal.

I truly believe I’m the candidate for Deputy Leader with the best ideas to take Labour forward. I have listened to our local Councillors, candidates and activists and, based on their feedback, I’ve put together my ‘Grassroots Revival’ plan to suggest ways we could campaign more effectively, to win. I’ve talked about my ideas to overhaul our broken social care system, based on my own experiences both as a doctor and as a daughter with a father found bruised, bloodied and unconscious in a care home. I’ve signed up to the Board of Deputies of British Jews’ Ten Pledges for dealing with antisemitism within Labour, and I’ve published my own pledges as well to ensure our response to this awful stain on our party is as robust as possible. As a humanitarian doctor, I’m committed to internationalism and the relationship the UK has with the rest of the world – this must lead our policy making going forward, during these uncertain times. I’ve also committed to making myself fully accountable to the membership, by pledging to hold a confidence vote in myself after one year of being Deputy Leader, so the membership can decide whether they’re happy that I’m fulfilling my promises to them.

Those ideas are connecting with the membership of our Labour Party, which is why polls show support for me growing faster than all the other candidates. I know I’m the underdog in this campaign, I have been all my life, but I believe I have the ideas and the energy to take Labour forward together with our members – that’s why I’m standing to be the next Deputy Leader.

Doctor Rosena Allin-Khan is a candidate for Deputy Leader of the Labour Party and MP for Tooting.