You are here: Home / PR Pulse / How to hijack Christmas
Previous Back to all Next 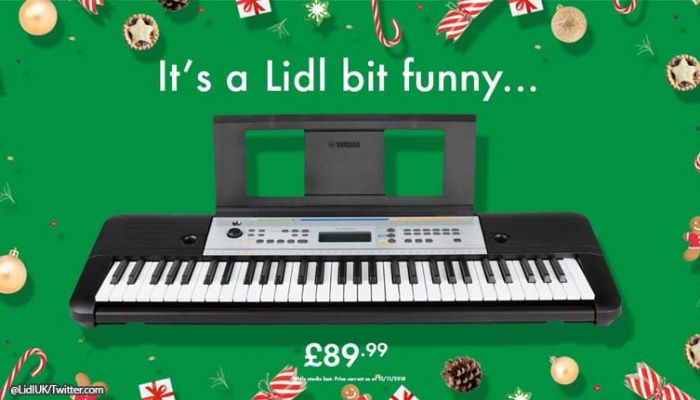 The John Lewis Christmas advert has been a cultural phenomenon ever since a little boy couldn’t wait to present his parents with a mystery box in 2011. In recent years, it’s appeal has drawn increased competition from both traditional and new competitors all vying to be the season’s best. This year, the competition is as fierce as ever but now it’s the imitations, parodies and hijacks of the John Lewis [JL] advert that are stealing focus.

What are the benefits of a parody?
Due to the status of the JL advert in society, anything that is a pastiche, or at least alludes to it, has more chance to attract attention, allowing relatively low budget campaigns to ride the JL wave.

This is clear in a majority of the highest profile parodies that have come to light, including this single image from Lidl:

Just because you don’t have £872 to spend on a piano, doesn’t mean you can’t be the next Elton. #EltonJohnLewis pic.twitter.com/TakObmWfqr

Topping 25K likes on Twitter alone, the image has everything – Christmas-themed border, a pun that works with Lidl and the JL advert and messaging that pushes the budget-friendly angle Lidl is famous for.

Parodies also work as part of existing campaigns. Iceland, who broke ranks early in the Christmas advert stakes and managed to gain a huge amount of coverage for its ‘banned’ advert, has since been maximising its palm oil/orangutan angle including this simple tweet:

In-house hijack
While everyone from Pizza Hut to Frank PR has made use of JL advert, perhaps the greatest parody of all comes from John Lewis’ sister brand, Waitrose. Part of its #TooGoodToWait campaign, Waitrose is hijacking the hijacks with this TV spot:

By showing awareness that brands parody the JL Christmas advert, Waitrose is effectively ‘giving permission’ for all other parodies while taking a friendly swipe at the JL ad’s place in society. This is a tactic Waitrose has used before but never so explicitly.

It also shows that the brands are very much linked, which is something they’re keen to promote as evidenced by their first joint advert in September.

Parodies and pastiches are a great way to make tight budgets go far but require quick, reactive teams. Being able to see what’s trending, especially among your competitors, allows you to join in the conversation as it happens, rewarding smart PRs.

Find out how Vuelio Media Monitoring can help stay up to date with your sector and keep an eye on your competitors.

As a special bonus, because it’s not a parody as such, here’s Twitter’s take on a John Lewis Christmas: