You are here: Home / Journalist Spotlight / Interview: Michal Kaczmarski, Senior Reporter and Markets Editor at fD...
Previous Back to all Next

Michal Kaczmarski was recently appointed a Senior Reporter and Markets Editor at fDi Magazine, a bi-monthly publication on foreign direct investment published by Financial Times Ltd. Prior to that, he oversaw the day-to-day activities of the Polish editorial team at the Stuff Magazine, having participated in the 2010 launch of the Polish edition. He has worked as a reporter at Poland Monthly magazine and briefly as a radio host of the Polish National Radio Bis, while his work has also appeared in various Polish publications such as National Geographic Traveller, Aktivist and Existence.

Cision: What do you cover at the magazine and what are your new responsibilities?

Michal Kaczmarski: I cover topics regarding foreign investments in Latin America, Central Asia and CIEE countries, especially in sectors such as Software & IT, Real Estate, Communications and Tourism.  My main duties at the fDi Magazine include overseeing publication of data-driven editorial reports, projects and supplements, such as the Global Outlook Report, generating story ideas and writing news stories, features and special reports for the online as well as print versions of fDi Magazine; chairing roundtables and panels, speaking at conferences, and representing fDi Intelligence at trade shows, networking functions and other events.

Cision: How do you feel about covering finance and investments in the current “unsettled” climate?

MK: If I had to write about public debt in the US or Eurozone crisis, and all that doom and gloom of the markets, it could be pretty daunting. Luckily, at fDi Magazine we focus exclusively at foreign investments and through a set of tools such as fDi Markets, fDi Benchmark and fDi Atlas, we are able to spot where in the world, despite economic hardships, investments are still thriving. Then we can move on to looking for reasons for these regional success stories and making predictions, and that is both captivating and rewarding. Additionally, these are really fascinating times for journalists covering foreign investments, as economic power moves towards South of the globe, since developing countries turned out to be better positioned than their more developed Northern neighbours to bounce back from the crisis.

Cision: You moved to this position from your role as Deputy Editor at Polish magazine Stuff, published by Ginza Media Group. As Stuff magazine covers gadgets and technology, how easy was the transition?

MK: In terms of topics I cover it was not very hard, since I had been writing stories for fDi Magazine, while simultaneously working at Stuff Magazine. What I feared the most was coming to the huge corporation after working for small publishing company where everyone knows each other. Although I still have to learn a lot about the hierarchy and certain procedures, thanks to the rest of fDi Magazine team my transition was pretty smooth and I am gradually getting more confident performing tasks in my new workplace.

Cision: What do you like about your new position?

MK: I know it sounds cliché but I always wanted to work as a journalist. I consider myself as media junkie. I was always trying really hard to work in the industry, but I had no idea that I will ever have a chance to do it. In both cases, while working at Stuff, and fDi Magazine I was just happy that I am being paid for doing what I love the most.

I also think that, despite the fact that media are gradually becoming more and more digital, the whole process connected with preparing magazine to print is really fascinating and with every issue you have a great feeling that you, together with the whole team accomplished something really special.

Apart from the sense of accomplishment it is also great that I get to see places and meet people that I would not be able to see and meet otherwise. During my first month at the fDi Magazine I was mostly focused on settling down in the new place, but the second month shows how exciting this place will be. I am starting with the Economic Forum in Krynica, where I will conduct interviews with Prime Ministers and members of cabinets of many Central and Eastern European countries, then I am off to Lyon for biennale of contemporary art and then for a week to Mozambique. It may be exhausting, but I really have the feeling that the only thing better than working as a journalist is being super rich and not having to work at all.

Cision: Is the Financial Times Ltd a fun place to work given the serious nature of the topics covered?

MK: We are serious when it comes to covering topics, accuracy of the information and deadlines, but that’s about it. Although we are located in the Financial Times headquarters and surrounded by lots of people, the fDi Magazine team is small, we work closely and do not treat each other too seriously. We do get to participate in amazing media trips and meet world leaders and if we were too serious about it, no one could stand us. It is important to have a healthy distance to things that are going on in our work.

Cision: Our 2011 Social Journalism Study found that 97% of UK journalists are active on Social Media. Which platforms, if any, do you use? Does it impact the way you gather or share news?

MK: I am on Facebook, Linkedin and recently I have joined Twitter. Facebook serves me purely to keep in touch with my friends. Linkedin on the other hand, proves to be quite useful, because it gives me direct access to people with expertise on wide array of topics that I am covering for the magazine. As for Twitter, I think it may be useful while sharing our exclusive reports. I have heard that some journalists use Twitter to directly approach pop stars and ask them for the interviews. Since I am rather making interviews with the governmental officials and CEOs I am not convinced that Twitter is the best way to approach them. Although I must admit that the idea of omitting all their press officers and PAs, and approach officials directly, is very tempting.

MK: I would say that less is more. I remember the names of PR managers. If they are flooding my mailbox with irrelevant press releases, I rarely open such e-mails. If, on the other hand, someone sends e-mails to me more rarely, but they are relevant to the range of topics I cover, I am more likely to give it a look. Checking what is the main topic of the magazine or our field of speciality also would not harm anyone, I really do not see how medieval swords or books on atheism can be relevant to type stories I am working on (and that are the topics of e-mails I sometimes receive from PR professionals). 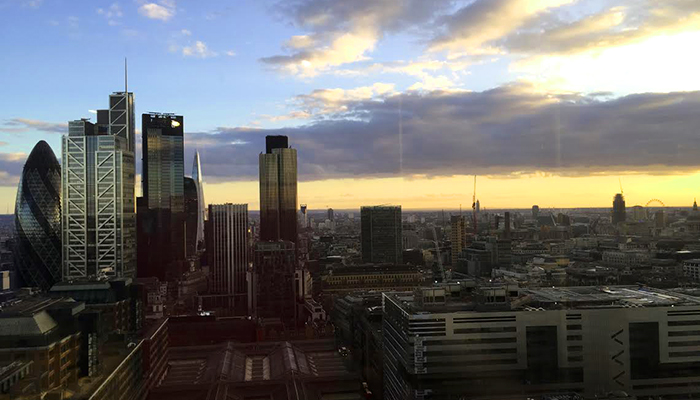 Digital Media: It’s an online party and we’re all invited

PR Moment: What do journalists want from PRs?