Charlie Thomas has recently joined the Huffington Post UK as its business reporter.

Prior to this she worked at the Financial Times Group for four years, primarily on the pensions trade magazines. Within that time she was special projects editor, executive editor of Pensions Management and deputy editor of Pensions Week. 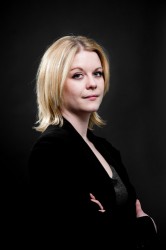 How does your role fit in at the Huffington Post UK?
As the role currently stands, I’m covering companies news, some macroeconomic news (inflation and interest rate changes, QE etc), energy, consumer finance and small businesses. My role is to produce reports which are entirely original content – that can be exclusive news or analysis of the biggest story of the day. Business is a new area for the UK Huffington Post, but the US version has been doing it for some time now, so I hope I’ll be able to collaborate with them in the future.

How has the role of a business reporter changed in the current economic climate?
The general public is now far more interested in banking, finance and what the City does than ever before. Huge amounts of financial jargon now peppers the mainstream press: quantitative easing, asset buying, counterparty risk – all these terms are well known to City types but now the mainstream has to make them easy for the public to get their head around too.

The number of insolvencies experienced in this country – while being bad news – has also seen a surge of bankruptcy-related stories in the press. On the positive side, the British never-say-die spirit has also seen the rebirth of stories about entrepreneurs and local heroes, which can be a lot of fun to write about.

How will social media fit in with your new role?
I was a prolific user of Twitter and LinkedIn before I joined the Huffington Post so on a personal level that will continue. LinkedIn has started stepping up the number of articles it reproduces for its users on its own news feed, so I’d like to try and get some recognition in there over the following months. I’m also hoping that the public will use Twitter and Facebook to continue providing us with feedback on what we’re doing and what they’d like to see.

How important are your relationships with other journalists/freelancers/bloggers?
Hugely. I genuinely don’t think you can be a lone wolf in this industry – especially not someone like me who’s only been writing for six years. I’m not in a commissioning role, so won’t have much interaction directly with freelancers, but I really enjoy socialising with them as they can often have a really refreshing view on story areas.

Bloggers are a big part of what we do at the Huffington Post – at least 50 contributions are published daily by our blogging team. We always welcome new contributors too, so if you’re inspired to write 500-800 words on a topical subject, please do drop us a line.

To what extent do you hope to work with PR professionals?
I’ve always had a good relationship with PRs in the past and, for the most part, they’ve always been fair with me. Some individuals go above and beyond the call of duty and it’s those people who you always remember and return to. If I could ask for anything, it’s for a bit of trust I suppose.

The best PRs I’ve worked with were willing to discuss background elements off the record readily and genuinely attempted to help me produce the most accurate version of events for my readers. It’s imperative that the PR knows their subject matter and their clients inside out. That sounds basic, but it astounds me how a few still don’t do basic research before getting in touch with me. Emails are fine as a first point of call, but please don’t then call me and ask if I’ve received it. I’m not averse to phone calls either – just try to avoid first thing in the morning when I tend to be quite busy.

Editorial information on Charlie Thomas and the Huffington Post UK, along with thousands of other media contacts and websites can be found in our CisionPoint media database.