You are here: Home / PR / London Fashion Week with Sara Darling
Previous Back to all Next 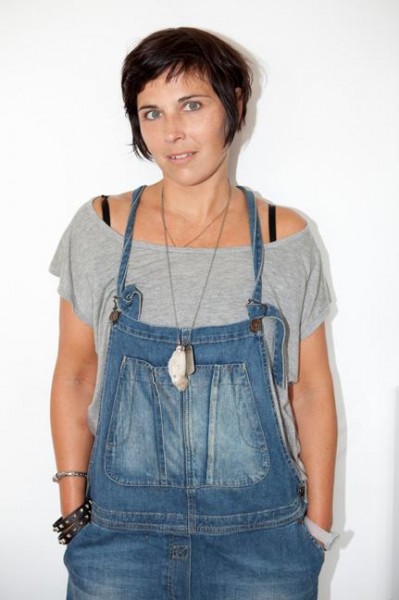 With London Fashion Week now over, Cision caught up with freelance fashion writer and stylist Sara Darling. Sara has been in the fashion industry for more than ten years, starting her career on reception at The Face magazine in the late 90s.

How was London Fashion Week?
I always enjoy LFW and we were especially blessed this season with the sunny weather. My favourite show was Ashish, but I also loved the Louise Gray and Holly Fulton shows.

What was your favourite moment?
The start of the Pam Hogg show was a spectacle, as usual, with the first third of her collection containing pieces for half naked nurses. But with such a full to the rafters capacity at VFS [Vauxhall Fashion Scout], the show did not disappoint.

Are you interested in LFW as a stylist or writer?
I take more notes as a stylist, as I don’t do specific show reviews, but I work my trend reports into doable shoot story ideas, so both are interconnected.

What are your priorities now Fashion Week is over?
Taking five minutes out to digest everything before Paris! Catch up on a backlog of emails, and crack on with my writing.

How does working with PRs change before, during and after LFW?
I am very happy with my relationship with the PR agencies I use; mostly everyone knows me, so I can call in at any time. PRs are keen to send out the fashion show tickets and interns ring up to see if you have received them and as a reminder about shows; I always have a chat with the PRs when I see them pre or post show. Unfortunately due to time constraints I did not have time to do any designer interviews this season, but that is something that my colleagues at 55TV did for the website.

After fashion week, I will email PRs with any coverage I have given them and then we normally catch up again at press days, when I put in my requests for all the shoots I have lined up.

Anything else you would like to add?
I’d just like to say a great big well done to the British Fashion Council as LFW is always impeccably managed; even though I miss the menswear day, I am looking forward to the next menswear weekend in January.

Editorial information on Sara Darling, along with thousands of other media contacts and websites can be found in the CisionPoint media database.

Kids on the haul: how the new fashion influencers measure up