You are here: Home / PR / #Piegate – A game of two-halves
Previous Back to all Next 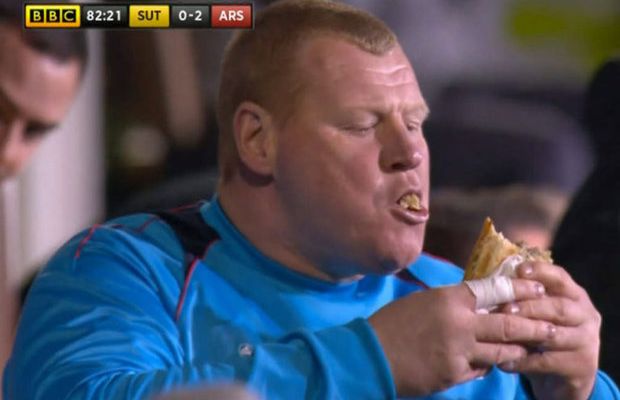 When Sutton United’s 24-stone goalkeeper, Wayne Shaw, scoffed a meat pie live on TV during his team’s FA Cup clash with Arsenal, PR professionals fell over themselves to distance themselves from the “car crash” PR event.

While Shaw ultimately lost his job because of the stunt, I would wager the goalkeeper is set to make a far bigger crust than any 45-year-old sportsman could ever hope to make in the fifth-tier of English football.

Sun Bets, the online bookmaker who sponsored Sutton United’s shirts and offered odds of 8:1 for Sutton to eat a pie during the game, have undoubtedly gained audience share in a highly competitive marketplace famed for controversial PR stunts (think PaddyPower).

Indeed, Sun Bets is now offering odds on Wayne Shaw landing a job on I’m a Celebrity Get Me Out of here (20:1) or Celebrity Big Brother (8:1). The company is even offering odds of 100:1 on Shaw winning Sports Personality of the Year.

Numerous other brands have flooded Shaw’s Twitter profile with offers of free pies and joke jobs offers – but it’s probably only a matter of time before his face appears on a TV screen advertising meat-based savoury snakes.

Sutton United and Shaw’s window of fame has certainly been extended well beyond that of the 90 minutes of fame normally doled out to potential FA Cup “Giant Killers”.

While the FA and The Gambling Commission are investigating claims of foul play, I doubt anyone at Sutton or Sun Bets is losing any real sleep over the incident. I would also argue that fans of Sutton United and Wayne Shaw are thoroughly enjoying all the extra publicity the stunt has earned.

So why has the industry been so quick to criticise? Perhaps they just don’t have “the balls” to poke a little fun at themselves and risk a little (positive) controversy. You also have to ask if they really understand the target audience of the typical Sutton United fan, Sun Bet’s customer or pie eater. Is this just another example of the PR industries disconnect from the average working man/woman?