Sara Khan has been appointed as the new lead Commissioner for Countering Extremism at the Home Office.

Professor Mark Thomson has been chosen as the Executive Chair of the Science and Technology Facilities Council. He will assume this position in April when Research and Innovation UK is launched.

Robert Goodwill and Philip Dunne have been appointed as members of the Environmental Audit Committee.

Damian Moore will replace Adam Holloway as a member of the Science and Technology Committee.

David Evennett has been appointed as a member of the Procedure Committee.

Lord McAvoy has been elected as Chief Whip.

Lord Mendelsohn has resigned from his position as Opposition Spokesperson for Business, Energy and Industrial Strategy. 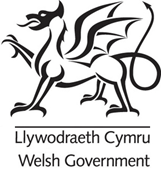 Peter Halligan has been appointed Chief Scientific Adviser for Wales.

Andrew McCormick has been appointed Director General of International Relations.

Noel Lavery has been appointed Permanent Secretary of the Department for the Economy replacing Andrew McCormick.

Denis McMahon has been appointed Permanent Secretary of the Department of Agriculture, Environment and Rural Affairs replacing Noel Lavery.

Sue Gray has been appointed Permanent Secretary of the Department of Finance.

Hugh Widdis has been appointed Departmental Solicitor and Head of the Government Legal Service.

This week, the European Parliament is holding Committee meetings in Brussels.