Andrew Marr was the only Sunday political show host to return from their festive break this week and his show featured a lengthy interview with Theresa May. With a cabinet reshuffle pending and issues surrounding the NHS, train fares, Brexit and foxhunting all in the news, it was a chance to see where May’s mind is.

A key moment of the conversation came when Marr challenged May over the state of the NHS. Marr chose to highlight the case of a pensioner in Essex who died after she waited close to four hours after calling the emergency services for chest pains she was experiencing. Marr, who suffered a stroke five years ago, said that if he had to wait a similar amount of time he would not be interviewing the PM as he would be dead. May responded by defending the NHS but saying there is room for improvement.

May defended the rise in rail fares by saying that investment in improvements and infrastructure is needed due to the increased use of the railways. The East Coast line that Andrew Adonis criticised in his resignation from the National Infrastructure Commission was raised by Marr, he wanted to know whether the taxpayer will get the money owed by the companies involved. May responded to this questioning by saying Virgin and Stagecoach are paying money to the Government.

Brexit did not take up a large part of the interview and when it was mentioned, May was clear with what she expected to happen. She expects an agreement on the transition by the end of March and Parliament to get its vote on the final deal by the end of the year. The PM has gone back on a manifesto promise to hold a vote on the Hunting Act (foxhunting), the reasoning she gave for this being the public have sent a clear message they are not in favour of it.

May also had to deal with questions regarding Donald Trump and Toby Young. May said she views Trump as making the decisions in the best interest of the United States, and confirmed Trump will be coming to this country. May revealed she was not aware of the remarks Toby Young had made in the past until recently and she was not impressed by them. May said she believes Young is qualified to do the job.

Want to make your own canvas? Find out more information. 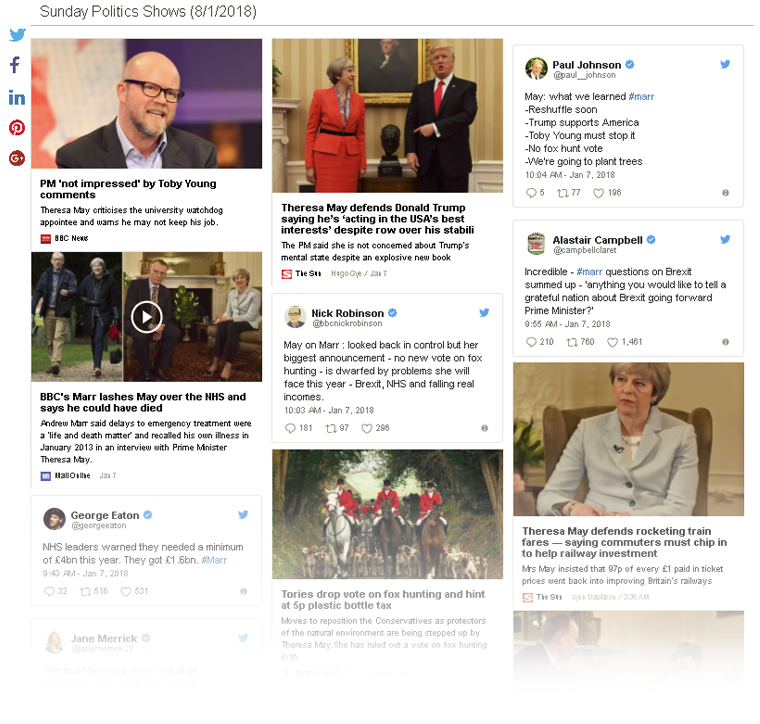