You are here: Home / PR / PR Spotlight: Paul Sutton
Previous Back to all Next 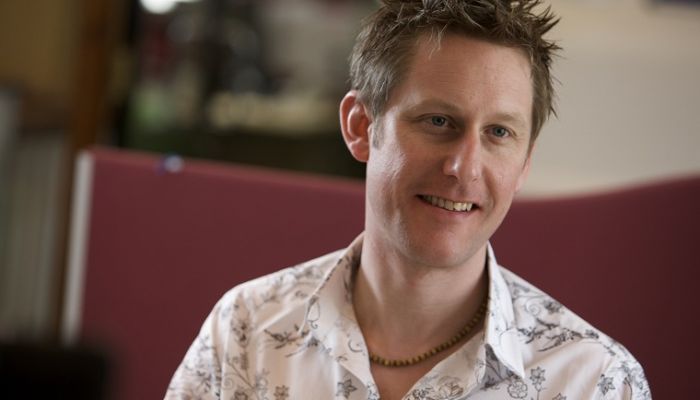 Paul Sutton is an award-winning independent social and digital media consultant. With nearly twenty years of marketing experience, Paul now works with brands and agencies to improve their understanding of digital media. In this spotlight, Paul chats to us about why his experience of blogging inspired him to set up his own business, the influence PRs have in influencing where their clients appear for specific keyword searches, the importance of integrating digital media and social media marketing, why he thinks fake news is a passing fad, and why he doesn’t define his success by the many accolades he has. 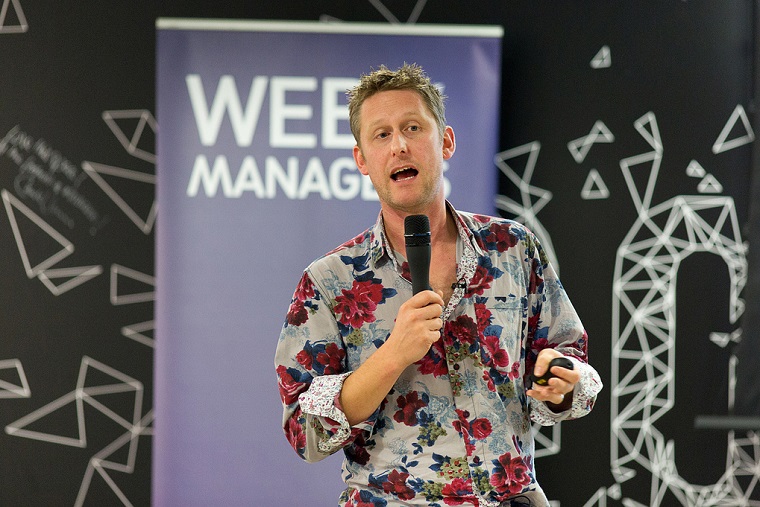 Can you introduce yourself and speak a little about your professional background? I’m an Independent Social & Digital Media Consultant who works with brands and agencies to improve their understanding of digital media and the return they get from their marketing efforts. I’ve been working in marketing for nearly 20 years, the last dozen or so of which have been devoted purely to digital.

Prior to setting up independently two years ago I worked primarily within the PR industry, and it’s that mix of digital knowledge and experience combined with public relations know-how that’s my ‘USP’ (to use marketing speak). In my experience and from what I’m told, there are some good digital people out there and there are some good PR people out there, but there aren’t many who have both skill sets. It enables me to add real value to my clients. 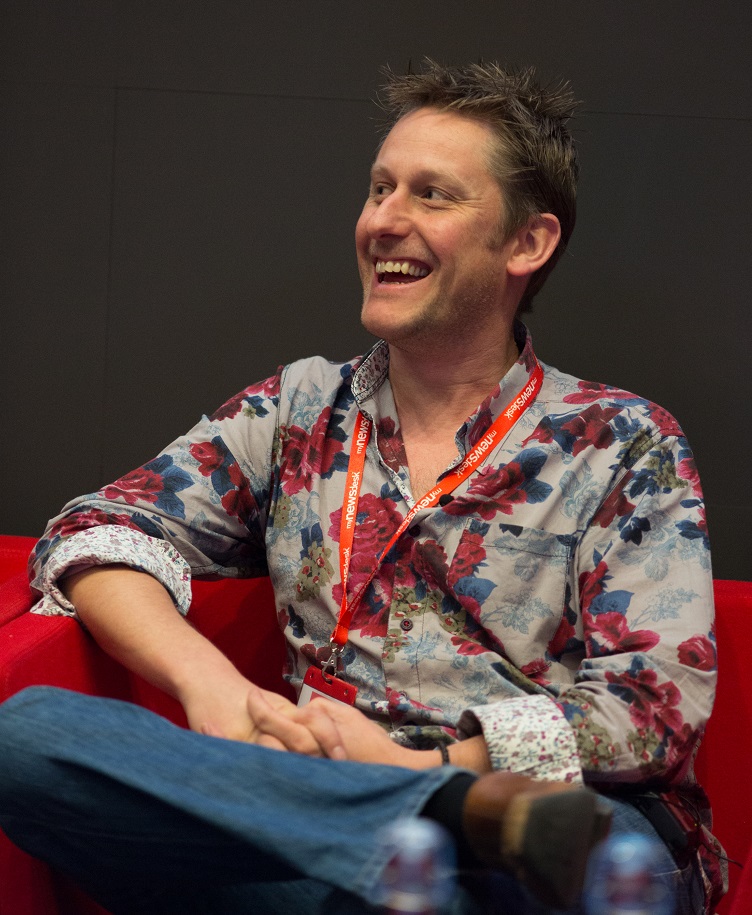 What do you most like about working as a digital marketing and social media consultant, and what would you say are the challenges? Since I set up independently I’ve not looked back. I’m perfectly suited to project work, whether that be a one-off creative or strategic brief or a series of different projects with one client, because there’s something of the maverick in me. Someone of that nature is great to have on your team when you need them but (the pragmatist in me knows) is probably more difficult to manage long-term! Being independent means my clients get the very best from me, which I love.

The main challenge of that set up is the fact that, from a business sense, I can rarely see more than two to three months ahead. I’ve been fortunate that in the last two years I’ve only had one ‘quiet’ spell and, generally speaking, it’s something I’m accustomed to that doesn’t phase me. But it has occurred to me before that a paradox exists where if you’re a great consultant you need to find more new clients than if you’re an average one, as you ‘teach’ yourself out of work!

What are the most important things you’ve learnt from working with agencies and in-house communication teams? The thing that springs to mind is that everyone’s in the same boat. I’ve worked with individual practitioners, small agencies of half a dozen people, in-house teams and large agencies of 100 people, and everyone is fighting the same fight to stay relevant.

You’d think that in 2017 we’d have a firm grasp on things like integrating digital media and social media marketing, but that’s far from the case for many, if not most agencies and in-house communications teams.

And with things like AI and VR just around the corner, the rate of change is only going to increase. I applaud those individuals who are hiring people like me to try and move forward.

One of your key interests is e-commerce and online marketing. What key trends do you think we will see in regards to this? If I had to pick one area that will most affect e-commerce I’d say artificial intelligence.

Automation is already starting to have an impact with bots being ‘employed’ in customer service, and it’s only a matter of time before AI has more of an impact further down the buying cycle. It has big implications for the likes of PR and marketing.

What advice do you give your clients about how to use social media to build communities of advocates? Ask ‘why?’ That’s the biggest advice I can give. There’s still so much talk around how to build an audience, increase your Facebook likes and Instagram followers, and generally become ‘bigger’. But it’s largely meaningless unless there’s an end product.

Most brands seem to care less about small numbers of vocal advocates and more about huge numbers of followers, and that’s totally the wrong approach.

To achieve cut-through on social media now you either have to pay for reach or to work with relevant influencers – and neither method is cheap.

Can you speak about the connection between PR, SEO and the web and why it’s so important? Google works by serving people what it hopes is the most useful information on any search that is run. It gauges what that information is partly by the authority of the website that hosts it.

Part of what PR people do is to try and get their clients talked about on influential websites in order to build and manage reputation and awareness. So PR people are influencing search engines and where their clients appear for specific keyword searches.However, the vast majority of PR people don’t understand this, or at least understand how Google works.

If the public relations industry was more clued up and driven, it could potentially wipe the SEO industry out. And vice-versa. I have a session in an upcoming event in London called Digital Download that addresses this exact issue.

Why did you start blogging? I started writing in about 2009 as a function of the job I had at the time. But it soon grabbed me and I established my own blog a few months later. What appealed to me was the freedom to say what I wanted about whatever I wanted. It gave me a voice. And I have to say, it was probably the best thing I ever did career-wise.

I got to know a lot of great people through blogging, and those connections are ultimately what enabled me to set up my own business in 2014.

I can be an opinionated so-and-so at times, but people respect honesty and authenticity. Through my blog people can get to know me before they hire me.

Your blog is considered one of the most influential marketing blogs in the UK. What does this mean to you? In all honesty, not a lot. Don’t get me wrong, I’m immensely grateful to every single person who reads and shares something I write. It’s flattering to think that you’ve made someone think about something you care about or have an opinion on. But I write because I want to write, as opposed to writing to gain plaudits.

How should PRs respond to the rise of fake news? I personally believe that PR has to stick to its guns and stand firm. I believe that fake news is a passing fad that will sort itself out once the likes of Google and Facebook

I believe that fake news is a passing fad that will sort itself out once the likes of Google and Facebook up the ante when it comes to fighting it. People will get sick of reading lies and misinformation sooner or later (sooner if Trump continues the way he is!) and the public relations industry as a whole needs to stay

People will get sick of reading lies and misinformation sooner or later (sooner if Trump continues the way he is!) and the public relations industry as a whole needs to stay squeaky clean while this process happens. It’s going to be a rough ride for a while, and things like crisis management could be tricky, but it will pass.

You have won sixteen digital marketing industry awards. So at this point in your career what motivates you? seventeen actually, but you’re right in that while awards are nice to win and great for reputation, they’re certainly not the be all and end all. This will sound cheesy, but what motivates me now is doing a great job for whoever I’m working with at the time.

I love being able to have a beneficial impact on a brand’s social media strategy or being able to improve an agency’s knowledge and use of digital.

My professional reputation is important to me, and the way I can enhance and maintain that is to do a great job every time.

Are there any exciting projects you’ll be working on in 2017? Most of the things I have coming up at the moment I can’t talk about. I could tell you but I’d have to kill you! But the one thing that I’m very proud of that is coming up is the Digital Download series of digital marketing events for PR and communications professionals.

I’ve devised this to be very different to the standard workshop/conference events that go on – it’s a way of transferring the training that I do for ten people into an event for 50 people. It’s part workshop, part training and part conference, and is intended to provide people with practical action plans that they can implement the very next day, rather than sitting passively in a stuffy auditorium for six hours! The next one is in London on 27th April.