You are here: Home / Communications / Prince George rules Twitter talk
Previous Back to all Next 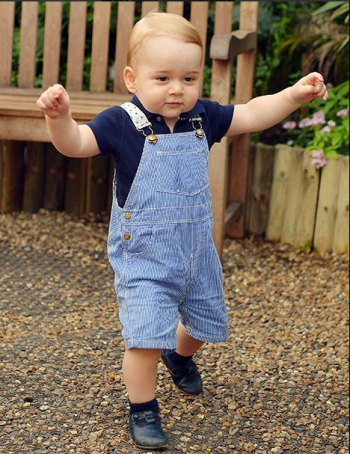 The hashtag #PrinceGeorge trended on Twitter for the majority of 22 July, the date that marked Britain’s favourite royal’s first birthday. A Cision social media analysis found that Prince George garnered over 11 million mentions on Twitter alone over the past two days, peaking at 30,000 mentions yesterday.

Well-wishers flooded newsfeeds with birthday greetings, memes mimicked celebrations, and a host of marketers piggybacked on the occasion – promoting everything from pots to pints.

Below is a look at some of the brands that jumped on the Prince George birthday bandwagon on Twitter and the keywords that surrounded conversations around him. 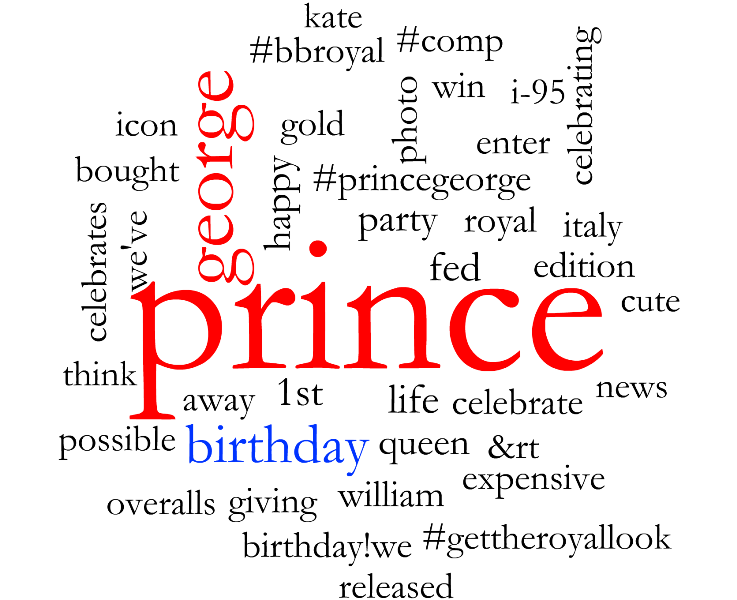 So today is Prince George’s birthday! Celebrate with a drink in our bar. We recommend the Raspberry Ripple! pic.twitter.com/qiIfMi6iXA

Bucklebury even had bunting out for Prince George this morning! @BBCBerkshire pic.twitter.com/eQrmJfZ97X — Susanne Courtney (@MrsSoose) July 22, 2014

RT/follow us to win our #comp celebrating Prince George’s birthday. Tweet us #GetTheRoyalLook as much as possible! pic.twitter.com/X4yy0ErTFp — The Real Effect (@TheRealEffect) July 22, 2014

Because every baby is someone’s little prince or princess > http://t.co/vBcCpWtFra pic.twitter.com/mOIGhpofTz