You are here: Home / Influencers / Role of newsbrands stronger than ever for Gen Y
Previous Back to all Next 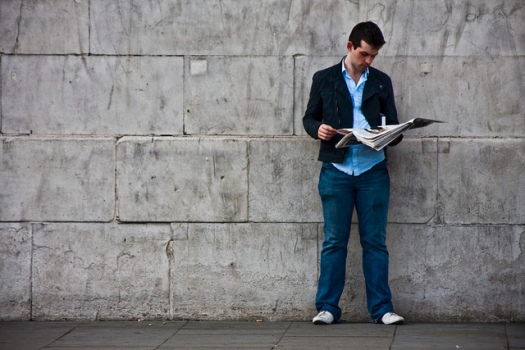 The belief that generation Y has a thinning appetite for news has been dispelled by new research that finds that 18-34 year olds ‘snack on the same newsbrands constantly throughout the day’ and in fact look to them for a balanced and informed view of the world.

According to the Generation News, a research project conducted by Newsworks, the marketing body for national newspapers, and the University of Bath, 74% of 18-34 year olds turn to newsbrands to get a balanced point of view and 78% agree that newsbrands introduces them to stories they wouldn’t otherwise read.

Further, millennials are more likely than boomers (50-65 year olds) to access news on the many digital devices they are now connected with a vast majority (73%) often being directed to these sites from something they first read on their social networks.

While there are some generational differences, the research found that the overall newsbrand habits of millennials and boomers are more influenced by engagement and interest in news than by their generation groups.’

Quoting NRS PADD data, the study found that over one million 50-65 year olds read a digital newsbrand daily and enjoy the speed and ease with which they can access news, while also indulging in newspapers. Yet unlike the millennials, boomer’s newsbrand habits are more centred on specific times of day.

‘This study shows that newsbrands remain as addictive across generations as they have ever been, with young people relying on them as much as their parents do for a balanced and informed view,’ said Bas Verplanken, professor of social psychology, University of Bath.