You are here: Home / Communications / Social and online media react to #Budget2017
Previous Back to all Next 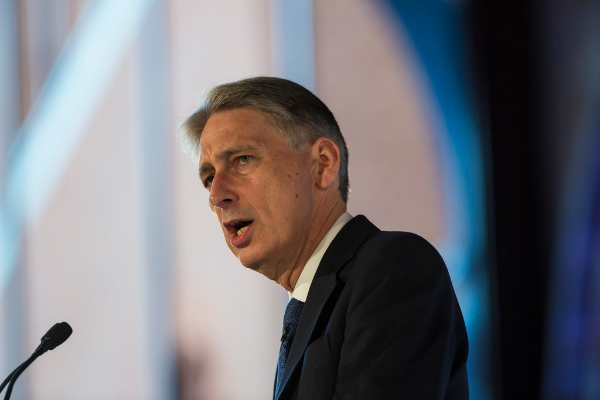 Philip Hammond’s first (and last) Spring Budget pulled few punches, with the main surprises coming in the form of tax increases for the self-employed and a notable absence of Brexit. The online press, social media and blogger-sphere were quick to respond – how did they react to the policy announcements?

While it certainly wasn’t a groundbreaking Budget, Hammond’s tax hike for self-employed earners overshadowed all other policy announcements online. The NIC increase came as a surprise to many given the dominance of self-employed workers in Conservative constituencies, and the more conservative press has today rounded on the Chancellor for betraying the ‘typical’ conservative value of entrepreneurism.

There have been suggestions that social care funding, which Hammond was criticised for supposedly ignoring in the Autumn Statement, has been allocated at the expense of the NHS. While sentiment analysis of “social care” mentions suggests that the increase in funding was generally well received online, corresponding mentions of the NHS were far more negative – indicating that the public saw the social care investment as part of a zero-sum game for UK health. 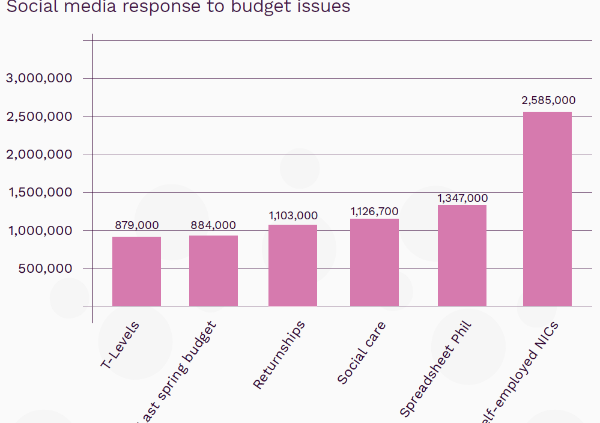