You are here: Home / journalism / Top 50 Marketing and Advertising Influencers
Previous Back to all Next

Cision in association with Propeller Group launched its ‘Meet the Influencers’ series today, aimed at highlighting those leading the conversations in the media world.

At trade press level, the likes of Campaign, Marketing, Marketing Week and The Drum have multiple journalists represented in the Top 50 list, while event organisers and industry bodies such as Cannes Lions and the IAB also feature.

The ranking algorithm is based on Cision’s Influencer Score that takes into account over 40 online and offline factors such as outlet circulation, page views and unique visitors, job roles as well as social measures such as Facebook likes, retweets and blog comments. 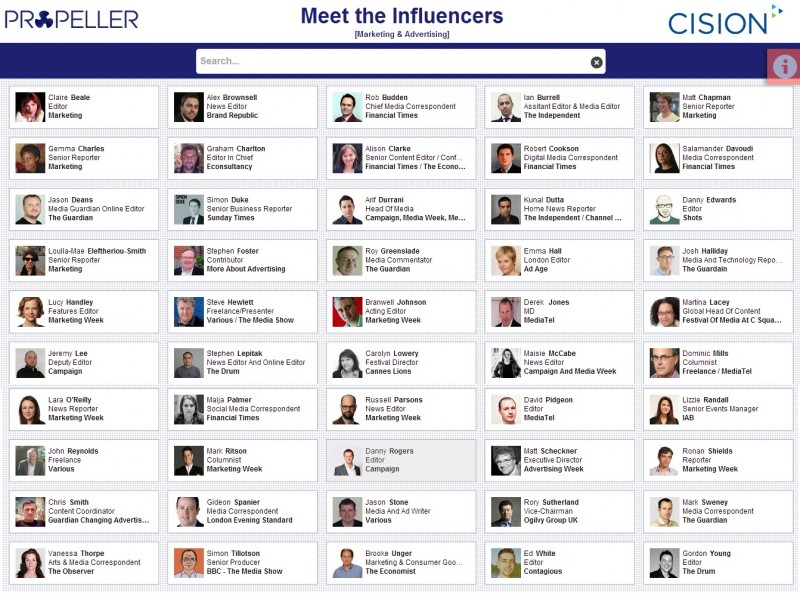