You are here: Home / PR Pulse / 3 Crisis Comms lessons with Jam and Cream
Previous Back to all Next 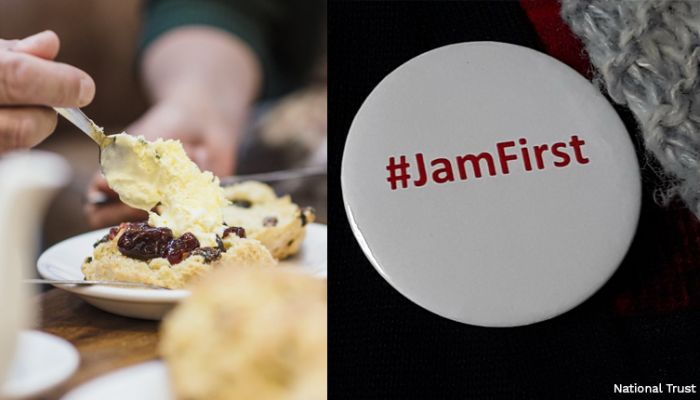 The National Trust got themselves into a jam over the weekend, foolishly advertising a Mother’s Day cream team in Cornwall, with a picture of a scone where the cream was put on first!

Outrageous, huh? For those that didn’t know, cream then jam is how people in Devon have their scones, while jam then cream is the Cornish way (most middle class dispute ever? – scone rhymes with gone, FYI).

Needless to say(!), the locals in Cornwall were ‘angered’ (as reported by the BBC) at the mistake made by the National Trust’s Lanhydrock property in Bodmin. Some said they would cancel their memberships over the blunder, some said it was ‘horrifying’ and some even went as far as to say it ‘made them feel sick’. Quite.

So, what did the National Trust do to remedy the situation AND totally ace their crisis comms?

The Trust came out all guns blazing, apologising and printing #JamFirst badges for all staff to wear, in support of ‘a proper cream tea’. They also clarified that any ‘rumour’ they were renaming the property to ‘Jamhydrock’ had no truth.

In a Facebook post, they explained that the member of staff responsible for the original offending post had been ‘reprimanded’ and ‘marched back over the Tamar’ (the river that forms most of the border between Cornwall and Devon). They assured their ‘Cornish community’ that the ‘catering team would never make such a heinous mistake’. Also, that the jam and cream are served in little pots so, ‘the order of their application is not subject to such appalling error’.

The post concluded: ‘Rest assured, your mothers are safe here’.

The post managed headline news at a number of outlets, all of which painted the National Trust in a good light despite this being their ‘crisis’.

What should the PR industry learn from this?

*Though the disagreement has just started in our office – PR Club is all for cream first, because it’s like the butter and needs a firmer base to spread on. Disagree? Tell us on Twitter @Vuelio.