You are here: Home / PR Pulse / 86,000 people work in PR and communications
Previous Back to all Next 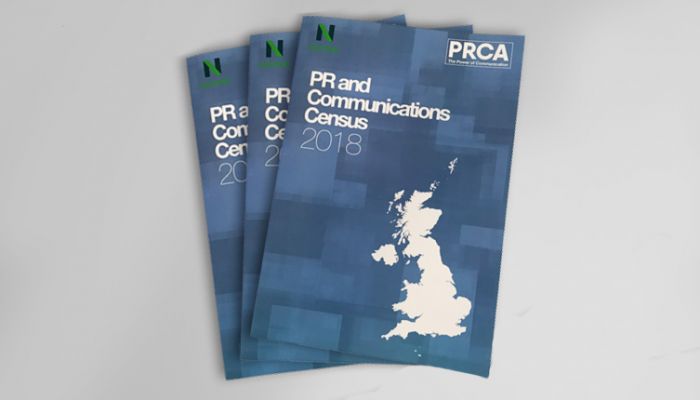 The comprehensive survey, which took information and views from nearly 1,700 respondents, was launched at Golin on Tuesday 1 May by PRCA director general Francis Ingham and PRWeek’s editor-in-chief Danny Rogers.

Among a whole host of detailed revelations, the study revealed the gender pay gap within the industry; something that’s been largely impossible up till now because most organisations don’t meet the 250-employee threshold set by the Government for mandatory gender pay gap reporting.

The average salary across the whole industry is £45,950, but for women it’s just £42,588 and men its £53,952. This 21% gender pay gap is even more shocking when we consider that 66% of the industry is female, suggesting that women fill the more common junior roles while men take the fewer senior roles.

This formed part of the discussion at the launch event, as both Ingham and Rogers were questioned about the gender pay gap. Somewhat putting the two successful men on the spot, an attendee asked what women could do to earn as much as their male counterparts. Both suggested through their own experience, it’s about asking for it and knowing your own worth, and suggested more pay transparency could be useful.

The census also looks at ethnic diversity, and reveals that 78% of the industry is white British, which is the first time it has been more diverse than the country (though it still falls short of the London diversity levels, where the majority of the industry is based). Beyond British, the industry is 89% white, which is a 2% decrease from 2016; no other ethnic grouping makes up more than 1%. There were no details on a diversity pay gap, which was later suggested by an attendee and Ingham agreed it would be looked at in future Censuses.

One of the most surprising areas of the census is the section on evaluation. It reports that 24% of professionals recognise the Barcelona Principles 2.0 over other valuation methods, while 12% still use AVEs. The use of AVEs is dropping, down 4% since 2016, but what’s perhaps more concerning is the lack of a replacement.

A huge 33% of the industry does not use any evaluation methods, while 20% use blended methods of existing frameworks and other tools or in-house models. As the post-launch discussion revealed, the industry is in desperate need for standardisation in this area, to prove its value and increase its professional status.

Ingham said that PRs would never be loved, but he thinks the industry should be respected. He likened the role of comms to that of finance or legal – you don’t need to be shouting about the work for people to know how vital it is. When asked if more could be done to regulate the industry to improve its reputation, Ingham pointed to the expulsion of Bell Pottinger from the PRCA last year, and said, ‘On the same day, 17 agencies joined the PRCA’.

The full report is available online, and allows an entire industry to benchmark both individual company practices and compare against everyone else in the market. Hopefully the positive trends we’ve seen toward a more diverse industry will continue, while those worrying signs of a lack of standardisation and professionalism will be addressed.