You are here: Home / Media / A new “national” paper inspired by the north south divide
Previous Back to all Next 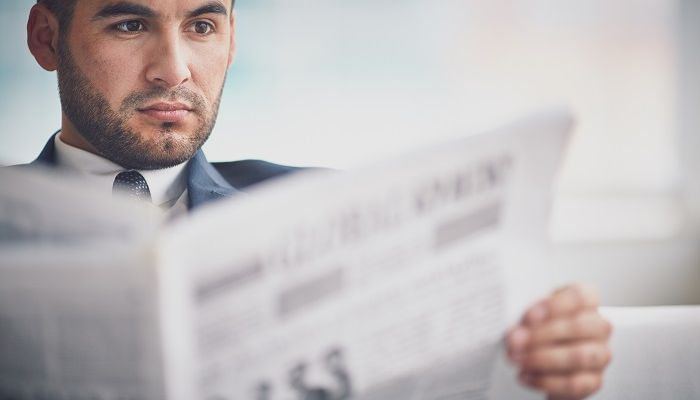 Regional newspaper publisher, The CN Group, is betting big on the North South divide by launching a new “national” paper later this month with “a distinctively Northern prospective” to the news.

Priced at 40p, 24 will have a circulation area stretching from Preston in the South to Lockerbie in the North. It is hoped the new publication, titled 24, will offer an alternative to what CN Group calls “London-centric titles”.

24 will be staffed sparingly, currently only two jobs have been created under the lead of its editor Mike Haworth, who has previously worked on titles including the Daily Express, Sunday Express, Daily Star and Sunday Star. Ninety-five percent of the titles content will be produced in partnership with PA.

Miller Hogg, CN Group’s Chief Executive, told journalists: “Our collaboration with PA will ensure our readers receive only the highest-quality journalism which delivers the facts devoid of spin, to help readers formulate their own views on the UK’s biggest headlines.”

Unlike the recently shuttered Trinity Mirror title New Day, 24 will follow a more traditional newspaper format including news, features, celebrity gossip and sport (which was missing from the failed Trinity Mirror project). The sports section will focus on major teams from the North of England and Scotland including Glasgow, Liverpool, Manchester and Newcastle.

24 will not have its own website, although it’s content will be made available online via other CN Group titles.

It will be interesting the see how 24 bridges the gap between interests in the North of England and the South of Scotland where news about regional politics and sporting fixtures might not travel so well on either side of the border. How well will an article about the Scottish Parliament be received by a reader in Preston isn’t hard to imagine. Over the top coverage of the England football teams progress in Euro 2016 might be equally well received.

Tony Watson, PA’s managing director has said: “We will work closely with the editorial team at 24 to provide a package of the news and content of most interest to its readers.” I’m sure Tony is under no illusion that this will be very challenging.

It’s also a safe bet that 24 will not only be going head to head with free titles like The Metro and paid dailies like The i but also tabloid titles like The Daily Record which already features highly localised content for the Scottish market, particularly when it comes to sport.

24 hits newsstands up north (or down south if you live in Scotland) on June 20th.