You are here: Home / Government / Autumn Budget speculation 2017
Previous Back to all Next 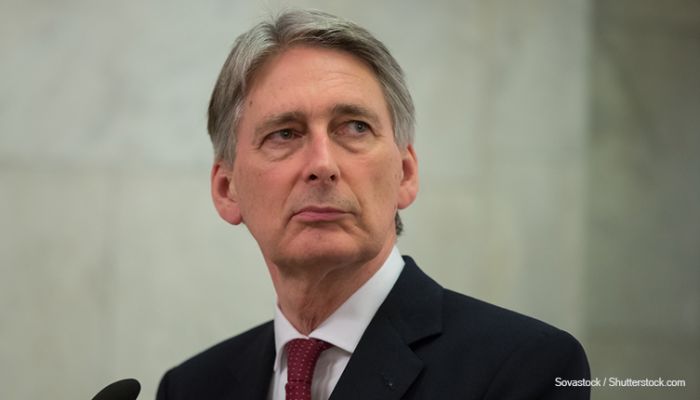 The Autumn Budget will be delivered on 22 November. While the exact content remains a secret until then, there are a few areas where the Chancellor is likely to make bold moves.

This is the second budget of the year, after the Chancellor scrapped the Spring Budget to have one, simpler, fiscal event in autumn. As the last budget was only eight months ago, this will likely be more stripped back than usual; but with Brexit on the horizon and a weak election to recover from, there’s still a lot of ground for the Chancellor to cover. Here are the Vuelio Political Team’s predictions of what will be in the Autumn Budget 2017.

It is expected that Philip Hammond will target first time buyers in the budget with a reduction in stamp duty. This kind of move would prove popular with young people looking to get on the housing ladder, but disappoint the wider market as it would only apply to first time buyers. A move such as this would have the biggest impact in London where the cost of living and property is higher than across the rest of the country.

Pensions
Hammond looks likely to make an announcement concerning pensions, and he has a few options to choose from. The most controversial move would be to make changes to the triple-lock on pensions; however given the DUP’s fondness of it, this looks unlikely. The Taylor Review suggested that the self-employed should be auto-enrolled onto a pension scheme through the self-assessment process, but the most likely change Spreadsheet Phil would make is reducing the annual pension contribution. If this change goes forward, it will hit very high earners the hardest, making it more politically palatable and easier to put before Parliament.

Investment schemes
The Enterprise Investment Scheme (EIS) – designed to attract investors to small UK companies – also looks likely to be targeted. The scheme provides up to 30% tax relief on investments of this kind which, while a useful funding source for high risk companies, has attracted criticism from those who believe it is used by wealthy individuals to avoid tax. Along with the Seed Enterprise Investment Scheme (SEIS), EIS has been under review for the last year. It is likely that tax relief will be cut to 20% as a result of changes.

Student loans
The student loan shake-up was first announced at the Conservative Party Conference. Proposals include a tuition fee freeze at £9,250, and it is expected that the repayment threshold will increase from £21,000 to £25,000. Research from the Institute of Fiscal Studies shows that 77% of graduates do not repay their loan in full under the current system, and it estimate this will go up to 83% if this rise is put in place. The fact the Conservatives are considering the increase is testament to the threat of Corbyn.

While high interest rates on student loan repayments have been a toxic issue for the government, it seems Hammond has heeded calls to reconsider decreasing them. Meanwhile, it has also been reported that the Chancellor may force universities to use different pricing structures depending on the employment rate of each course.

Public Sector Pay cap
Hammond is under increasing pressure to lift the cap that has seen public sector pay limited to a 1% annual increase since 2013. Jeremy Hunt and Justine Greening are understood to be leading cross-departmental efforts to lobby the Chancellor to increase pay across all sectors, as he has done for the police and prison services. It looks likely that the budget will see the cap lifted, with the possibility of a staggered approach to offset costs, focusing on the shortest-staffed areas first.

Whisky tax
Back in March, the Chancellor used the Spring Budget to raise the excise duty on Scotch, leading to an increase of 36p per bottle. However, figures released by HMRC show one million fewer bottles were sold in the first half of 2017 than the year before, and the industry is now lobbying hard to see this tax hike reversed. Given that this move would also appease Conservative MSPs, this rumour will be worth keeping an eye on.

Business rates
With business rates expected to increase 4% next year, leading lobby groups have come together in a concerted effort to ensure the increase is put on hold in the Budget. The coalition, which includes the Confederation of British Industry, British Chambers of Commerce and Federation of Small Business, is arguing that a rise of this level could be the tipping point during an already uncertain time for business. It now looks likely that the planned rise will be scrapped and business rate increases will instead be aligned with the consumer price index.

Don’t want to miss anything from the Autumn Budget? Sign up to receive our comprehensive summaries of key policy announcements direct to your inbox.