You are here: Home / Public Affairs / Politics on Sunday – 12 November 2017
Previous Back to all Next

There was a reduced schedule this week in honour of Remembrance Sunday, but it was a busy Sunday for politics nonetheless.

Conservative stability was the topic of the week, as rumours circulate of 40 MPs ready to back a vote of no confidence in Theresa May: none of the Conservative MPs doing the rounds this week were keen to expand on this. After the comments made about Nazanin Zaghari-Ratcliffe at a Select Committee session last week, Boris Johnson’s future was also a talking point, with Sadiq Khan calling for his resignation while David Davis and Michael Gove both defended his actions.

On Paterson, the tables were turned against Labour as Peter Dowd was questioned over Jeremy Corbyn’s criticism of Boris Johnson, which the host referred to as ‘a bit rich’ given his past dealings with the Iranian Government. On Brexit, Sir James Dyson gave no-deal supporters something to smile about when he said ‘If you walk away, they will come to us’. 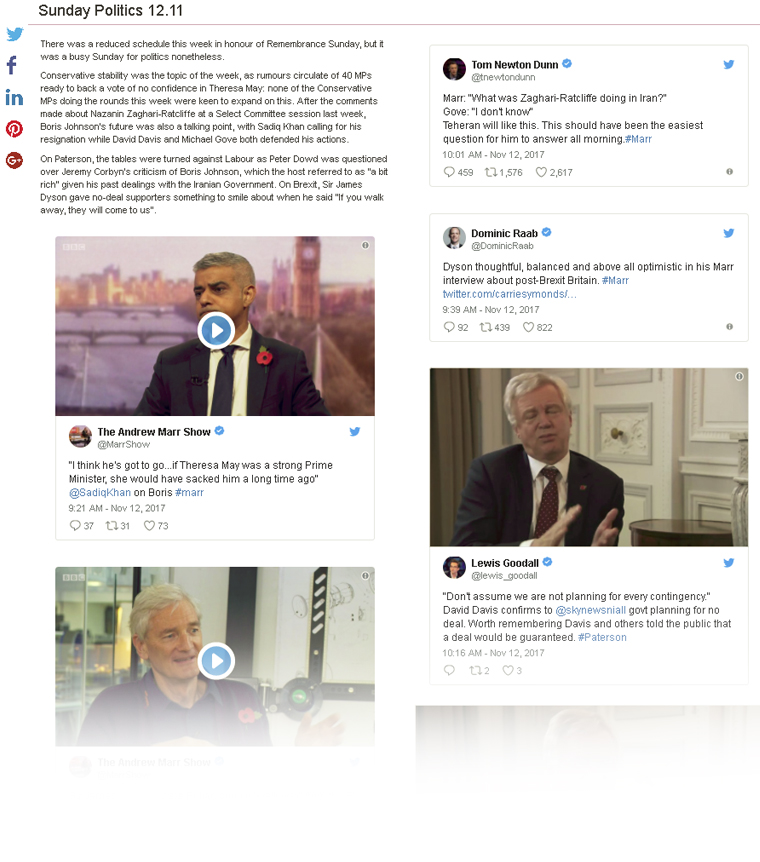