You are here: Home / Media and Entertainment / Bake Off ratings hit Channel 4 high
Previous Back to all Next 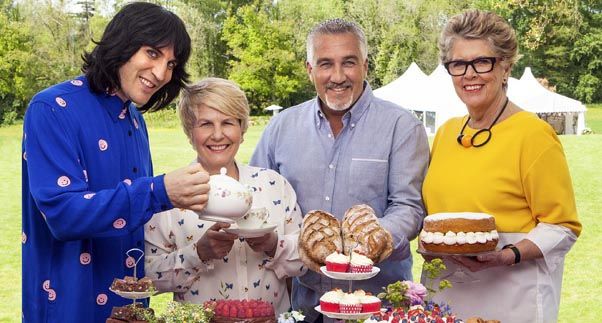 The consolidated viewing figures for the first episode of Great British Bake Off make it one of Channel 4’s most watched programmes of all time.

Taking into account time-shifted viewing over a seven-day period, the episode drew an average of 9.5 million viewers, which was a 35.4% share of the audience. This makes it Channel 4’s seventh highest rated show ever, and the best since Big Fat Gypsy Weddings, which had 9.7 million viewers in February 2011.

The show also attracted 2.7 million 16-34 year-old viewers, making it the best performing programme among this demographic in 2017.

Channel 4’s highest rated show ever was A Woman of Substance, which drew 13.9 million viewers in 1985 – surprisingly comparable to the 13.4 million that watched Nadiya Hussain win Bake Off on BBC One in 2015.

The total figures for the first episode of Bake Off, including repeats on Channel 4, E4 and 4Seven, and views on Channel 4’s online service All 4, make the total well over 12 million.

Jay Hunt, Channel 4’s chief creative officer, said: ‘Bake Off has well and truly landed on Channel 4. I’m thrilled viewers have warmed to Paul, Prue, Noel and Sandi and are enjoying the exceptional standard of baking.’

The strong start has been bolstered by the second episode, which enjoyed overnight viewing figures of 6 million. Though this is down on week one, the 16-34 year old demographic grew and it’s still double the number Channel 4 needs in order to ‘break even’ on its £75 million purchase of the show.