You are here: Home / PR / BBC news editor Rob Flett to join Church of Scotland
Previous Back to all Next 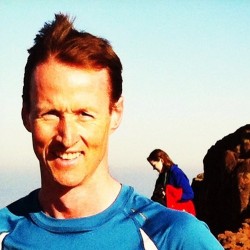 Rob started freelancing at BBC Radio Orkney as a student in 1990, developing a taste for broadcasting which led him to join the BBC full time as a researcher in 1995. He was BBC Scotland’s regional news trainee in 1996, and has gone on to work as a video journalist, radio and TV reporter and producer across Scotland and in London.

He has produced radio news programmes and has been output producer on Reporting Scotland and Newsnight Scotland. For the last 11 years he’s been the BBC’s news editor in Edinburgh.

A communications post left vacant in September when Fiona Lang left to take a up a new career in health, has been upgraded to communications manager.

The appointment of Rob Flett is stage two of a drive to build up the Church’s communications with its members. Rob will be assisted by Nick Jury, a senior media relations officer and another new appointment, Andrew Harris,  a former newspaper reporter who of late has been at the Scottish Football Association in charge of media for youth and grassroots development.

Rob said: ‘It’s a fantastic opportunity for me to transfer the skills I’ve gained through my long broadcasting career with the BBC, and use them to aid communications in one of Scotland’s most influential organisations. The Church has begun to communicate very effectively as we saw most recently during the Clutha helicopter tragedy but I believe I can contribute to much more being achieved.’