You are here: Home / Public Affairs / Blogger Spotlight: Mike Smithson, Political Betting
Previous Back to all Next 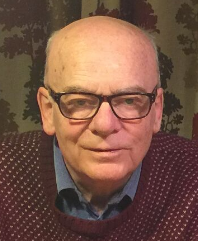 As its name suggests, Political Betting is a political blog with a focus on betting opportunities: whether you’re interested in the outcome of the EU referendum or party leadership contests, this is the blog to go to for reasoned debate (and good odds). The fact that Political Betting’s readership is formed largely of non-betters is testament to the quality of the content that its Editor Mike Smithson produces. He talks to us about piloting his new TV show, the EU referendum and what his blogging highlight has been.

What is new on PoliticalBetting?

Our Politicalbetting/Polling Matters weekly podcasts in conjunction with Keiran Pedley have now been extended to a regular TV show. This is still at the pilot stage but it is providing us with a much broader platform for our audience.

The polls are close at the moment – which way do you think the final EU vote will go?

I try to avoid answering that one! I think it is going to be a remain victory but am not risking any money on such an outcome.

What do you think of David Cameron’s chances of staying on as Prime Minister in the event of an ‘out’ vote in the upcoming referendum?

The general view is that Cameron would go quickly. I’m not so sure. He has made clear he is stepping down this parliament and I think he would like to lead the negotiation that extracts the UK from the EU. Some of the parliamentary party who have never been reconciled to his leadership might think differently. I think he will go at a time of his own choosing.

There have been concerns that the EU campaign has done little to actually sway voters. Do you think there’s been too much emphasis on the individuals heading up each campaign, rather than the issues at stake?

The mass media is as the mass media is and politics in the UK is so often portrayed through the key players rather than the issues. I expect the final week will see much more focus on the issues with LEAVE hoping that immigration will dominate and REMAIN the economy.

George Osborne is looking increasingly less likely to take the position of Prime Minister, and will be even less so if we vote to leave the EU. Who would you say has the best chance in this case?

It is widely believed that Osborne is Cameron’s desired successor and I think that the PM would do everything he could to time his departure to help the Chancellor.

What advice would you give to someone who wants to start a blog?

Think very clearly what your blog is about and how it is presented. Find an attractive name and then work very hard to promote it. Post every day and use Twitter as much as you can so that you can build up an audience.

What has been your blogging highlight?

Publishing things which I am given to understand have had a big impact on political decisions. Apart from that it was tipping Barack Obama in 2005 when he was 50/1 to win the 2008 White House race.

Finally, what does the Vuelio Blog Rankings mean to you and for your blog?

It is rewarding to know that your efforts and creativity are being recognised.

This author has yet to write their bio.Meanwhile lets just say that we are proud Tippi Creed-Waring and Mital Patel contributed a whooping 2 entries.