You are here: Home / Public Affairs / Blogger Spotlight: Rev Stuart Campbell, Wings Over Scotland
Previous Back to all Next 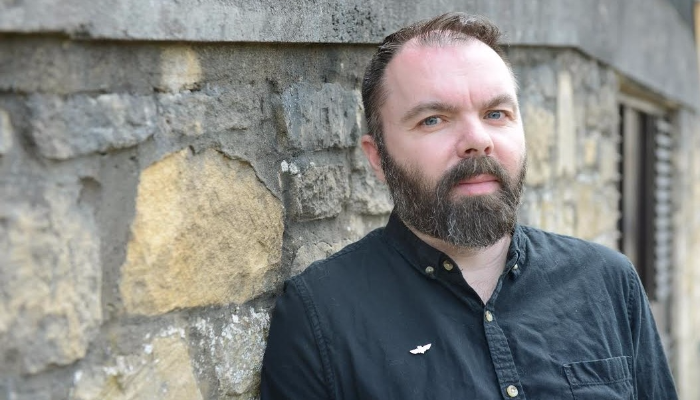 Created by Rev Stuart Campbell, Wings Over Scotland is a blog providing commentary and analysis on politics in Scotland. Whether dissecting media bias or giving his take on political news, Stuart brings his own brand of humour – and intelligence – to Wings. The mainstream media is targeted with particular relish, and the ‘about us’ page lists, with pride, disparaging quotes about the blog from prominent journalists. In this Spotlight, Stuart talks to us about the EU referendum, Scottish independence and engaging with readers.

What is new on Wings over Scotland blog?

In terms of Scottish politics 2016 has actually been very dull so far. That’s a weird thing to say in a general election year, but the SNP’s victory was in so little doubt that the contest never really caught fire. So we occupied ourselves by writing The Wee Black Book, a post-referendum assessment of the No campaign’s claims and promises. It’s a free download but it’s also sold over 27,000 print copies in its first month, and we’re sending those out next week.

What are your predictions for the outcome of the EU referendum?

I’ve always said I expected a narrow Remain victory, and on balance that’s still how I’d call it if you put a gun to my head, but there are a lot of variables that could yet produce a surprise. Both campaigns have been terrible, which I suspect will depress turnout, and if Leave voters are significantly more motivated they could pull it off, or on the other hand the last-minute fear-of-change factor could deliver a more comfortable Remain than currently looks likely.

The most fun outcome, of course, will be if the rest of the UK votes Leave but is kept in the EU against its will by what looks like being an overwhelming Remain vote in Scotland. That’d set the cat amongst the pigeons with a flamethrower.

Do you think there’s a strong case for a second Scottish referendum if England votes to leave the EU and Scotland votes to remain?

I think it’s almost impossible to justify NOT having a second referendum in that situation, given that staying in the EU was such a core part of the No campaign’s argument. I don’t think it’s the ideal scenario from the point of view of Scottish independence, but I think democracy would demand it.

Do you think the recent Conservative gains in Scotland mark the beginning of Scottish Labour’s position as the country’s third party?

The short answer is “Yes”. The electorate is now pretty polarised on constitutional lines, and the Tories simply do “hardcore Unionist” much better than Labour. They were historically the party of sectarian Loyalism, and they’ve played up to the remnants of that demographic remorselessly. I think it puts a ceiling on their support – of around 30% at the most – but it’s enough to shut Labour out.

It’s hard to see any possible route back for Labour. They’ve been squeezed out of the market – if you want someone to stand up for Scotland against Westminster, that’s going to be the SNP. If you want to put the Union ahead of everything else, you’re going to be voting Tory. The Greens have mopped up most of the far-left votes. Labour have leapt around and U-turned and double-U-turned on everything so many times over the last decade that they haven’t a clue what they actually stand for any more, and nor do voters. The absolute madness of their Trident policy, where they hold about six different positions at once, is a metaphor for the entire party.

Scottish Labour are hollowed out at grassroots level, they’re stony broke (being reduced from 41 MPs to one in 2015, and the resultant loss of Short money, was a hammer blow to finances that were already near-catastrophic), and they’re held in contempt by the electorate. Their only hope of renewal was to dump all the dead weight and start again with brand-new talent and a clean slate, but instead they stuffed their regional lists with candidates rejected in constituency seats, ensuring that for the next five years they’re stuck with the same old discredited, clueless D-listers that got them into this mess in the first place.

You can never foresee events, but it’s going to have be something on the scale of a meteor strike to change the order of the parties in 2021. Even five years out I’d be extremely happy to put a hefty bet on it being SNP-Tories-Labour again next time, but I don’t think I’d get worthwhile odds on

How do you measure the success of your blog?

Two main ways – numbers, and the hatred of the opposition.

We get more readers (382,000 uniques last month) and pageviews than all the other pro-independence sites put together. But we’re also the only Yes site that the Unionist establishment ever bothers attacking. The Daily Record and the Daily Mail and the Scotsman and the Herald don’t waste their time with smears and slurs against any of the others, because they’re not scared of any of them. We’re the only one that gets treated as a threat. And if you’re an extremist on the radical pro-indy left looking for attention, having a go at Wings is how you get yourself noticed too.

What’s your favourite blog and why?

There’s no shortage of good polemic (Wee Ginger Dug), statistical analysis (Scot Goes Pop) and policy debate (Lallands Peat Worrier), but Derek Bateman’s is I think by far the most persuasive voice on the Yes side of the debate. It’s disarmingly candid, elegantly and passionately written and explains engagingly where others lecture and hector. He’s a tremendous asset to the independence movement, and one of a tiny handful of blogs I read willingly rather than out of duty.

What advice would you give to someone who wants to start a blog?

Talk to readers like you’d talk to people in real life. If reading out your posts aloud in the pub would make people edge away from the ranting/boring nutter in the corner, you’re doing it wrong. And don’t over-design it. If someone comes to your blog and is immediately confronted with a grid of about 20 articles/sections and no obvious sign of where to start, chances are they’re just going to leave straight away.

What has been your blogging highlight?

I’m not sure if it’s quite what you mean, but the best experience I’ve had because of the blog was distributing The Wee Blue Book, our summary of the case for independence. As well as nearly a million downloads we distributed over a quarter of a million print copies of it nationwide, despite not having the first idea how to run a distribution network. Volunteers just pitched in at every level and somehow made it work, and it was incredible to see photographs of boxes and shelves full of them from Shetland and Stornoway to St Andrews and Stranraer.

The floods of unsolicited emails from people telling us the book had moved them or their friends or family members to a Yes vote were humbling, and a huge part of why we decided to carry on after losing the referendum. Realising that what you’re doing had actually made a difference – that you’re not just shouting into the wind or preaching to the converted – is an amazing feeling.

Finally, what does the Vuelio Blog Rankings mean to you and for your blog?

Well, it’s nice for Wings’ achievements to be recognised by somebody, because that’ll never happen in the Scottish press. But the fact that we’re in your list at all, when we’re only drawing from a potential audience of 5m compared to the 65m the others have, is something I’m really chuffed about.

This author has yet to write their bio.Meanwhile lets just say that we are proud Tippi Creed-Waring and Mital Patel contributed a whooping 2 entries.