You are here: Home / PR Pulse / Breaking the news cycle: Taylor Herring’s James Herring
Previous Back to all Next 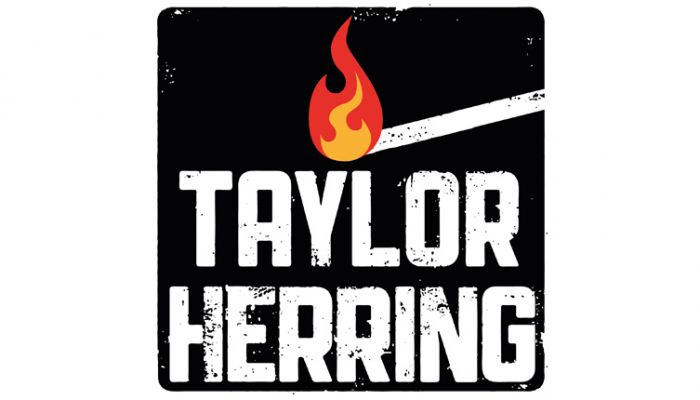 James Herring and Cath Taylor founded Taylor Herring 17 years ago, and were joined shortly afterwards by Peter Mountstevens, who runs the agency alongside the co-founders. Taylor Herring has grown into one of the most well-known consumer PR companies in the UK, and is regularly recognised at leading industry award ceremonies.

Specialising in ‘breaking the news cycle’, Taylor Herring’s creative is often seen on the front page of newspapers and is likely to be filling up your news feed. In an exclusive interview, we spoke to James about the agency, his recent purchase of top PR blog PR Examples and his secret to award success. 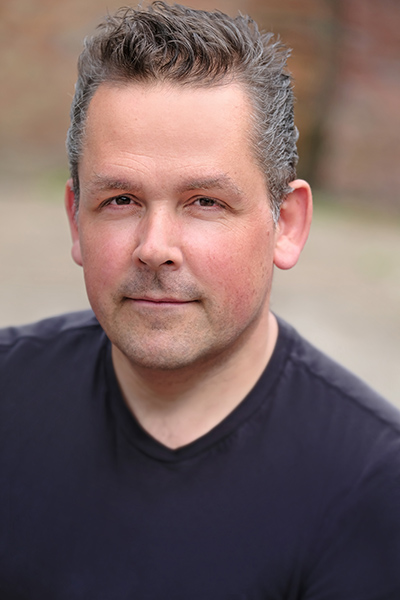 How did the agency start?
We started by mainly representing media and entertainment clients. It was back in the days of digital TV, so there were digital channels launching weekly, which were all stuffed with ‘acquired programming’, effectively repeats from mainstream broadcasters. There were also video games companies and music brands, and they were all interested in us for the same reason – they wanted stories that could break the news cycle, rather than stories that just sat in the TV pages or showbiz pages. So, from the beginning, Taylor Herring embarked on a journey of creative news generation to produce disruptive campaign ideas that would get people talking.

As a result of that process, I’m really proud of the work that we have delivered for UKTV and their channels – we work incredibly collaboratively with their in-house team.

For the first five or six years, we were very TV focused. We launched some pretty famous shows like Big Brother and the Apprentice, and worked on shows like The Inbetweeners and Doctor Who.

What surprised us was that these entertainment campaigns led to a lot of consumer and FMCG brands come knocking offering work!

We still do a lot of TV and entertainment work – in the last 12 months we’ve worked on Star Wars, Game of Thrones and we still work on The Apprentice – but we now have an burgeoning client list from the Consumer brands sector, from all walks of life, including easyJet, Samsung, Pimms and Greggs. We have a very diverse client list.

So, it’s your style of PR they’re after rather than the sector?
That’s correct. A typical client would have a switched-on in-house press team that knows their sector backwards. Where we come in is to get that story moving further up the paper, to the home page, or into people’s social timelines. We work hand in hand with those in-house teams, trying to build a campaign that’s colourful, engaging and impactful. More often than not, great content is at the heart of the work – to help the brand really stand out. Video, pictures or an event element – whatever does the job best. It’s all about getting attention and standing out from the crowd.

In terms of the agency set up – how many people do you have and what do they do?
There are about 20 full time staff, which I think might surprise people. We have an incredible freelance production team of regulars which probably takes our squad up to 30.

Without doubt the nature of what we do has changed dramatically, and video has been a big driver for growth for us. In 2017 we made about 65 films for clients, so in January this year, we launched a new production company called St Mark’s Studios. The idea of St Mark’s Studios is to create short form, engaging video content for social newsfeeds. It’s stuff that the big national online news sites should be delighted to have because it’s great content. It is delicately branded, not too self-serving and editorially crafted. It’s also content that can be used on clients’ own channels as well.

We are now very much open to working with other PR agencies – shooting video content for them in a white label fashion.

I suppose this is a new phenomenon – it wouldn’t have been possible up until recently because there wouldn’t have been the demand for it?
Absolutely right – particularly because so many publishers are dependent on the likes of Facebook to power their traffic. Last year there was a gold rush among the bigger newspaper publishers to get into Facebook, when it announced the algorithm would positively prioritise video content. It meant that the more native video content you put on your page, the more reach you got and your other content was more likely to get through.

We used this for our most recent piece of activity for Game of Thrones and Sky Atlantic, where we put White Walkers on the street on the day of launch. We made a 60-second video that captured that experience, subtitled it and made sure it wasn’t too heavy on the branding. In total, I think we had about 25 million views across all publisher platforms – and part of the reason it worked so well was they didn’t need to edit our content at all.

We’ve all heard these stories about certain online sweatshops where poor journalists are banging out nine or 10 stories a day. These poor people don’t have time to pick through a 700-800 word press release so we’re trying to make that easy for them. Journalists are busy and not very generous with the amount of detail that clients would like to see in their stories. The beauty of video is you can bring a richness to the story that you wouldn’t otherwise have.

And you get to control it in its entirety?
Exactly right. There are a gazillion metrics we now have as we try to work out what the formula for proper measurement for this stuff is, but there is one simple measurement of success: getting a completely branded piece of video content into a newspaper’s media player or natively on their social channel. It’s incredible the amount of branding and detailed messaging that are delivered in video, which is why we’ve invested in it. You can’t put a price on the value of that.

Are you bypassing the ‘middle man’ journalist?
Yes, sometimes we are. But not in all cases. You often find the person who is in charge of selecting what native video content goes onto a newspaper’s Facebook page is actually much easier to reach than trying to sell a story through the news desk. If video content performs well there, they will often write that up as a story too, embedding the video in their player.

We can go to the publisher’s social media team, who are in the business of marketing their brand, and say: ‘Tomorrow, we are going to be announcing that we’re doing this incredible thing in London – here’s all the footage, feel free to add your own headings and captions’ – we’re helping them do their job and it’s really that simple.

‘Will people share this’ is probably the question you’ll hear people ask at Taylor Herring more than any other because it’s the same question you’re going to hear the news editor at the Mail Online ask when he receives our press release and pictures.

To that end, we became fascinated with becoming publishers ourselves.

What do you publish?
About seven years ago, we launched The Poke, which has always targeted the bored-at-work market. If you haven’t seen it, we track the trending stories of the day and what we’re really interested in is what the internet has to say about them. So, what have the good people of Twitter got to say about Eurovision? What’s the chatter on Reddit about that movie release?

We’ve grown so it now has a pretty big audience! It’s fair to say it does bounce up and down but in some months we’ve had six million unique users reading our content, 70% from the UK. I think, like other publishers, we’ve benefitted from the Trump Bump quite a lot. We live in a world where for the first time in my living memory, politics is more interesting than show business. It’s incredible, if not terrifying, entertainment on a daily basis.

I think by doing the Poke and understanding how to get content out there via social channels, we have become better at making content for our cleints. So how a post is titled, how it’s optimised for Facebook and what the picture is – without a decent picture and an intriguing headline, stories struggle on Facebook and Twitter.

The Poke was a bit of a hobby for me and Jasper (Jasper Gibson is co-founder) but we now have a news editor, John Plunkett, of Media-pages-of-the-Guardian fame, and we have a network of freelancers who are contributing. It’s a great, fun little hobby that ticks along in the sidelines and pays its way.

So, when the opportunity to acquire PR Examples came along, it felt like a logical step.

Read more about Taylor Herring’s acquisition of PR Examples in the next part of our interview, coming soon!

Want to take part in a spotlight? Get in touch with Jake O’Neill.