You are here: Home / Political Headlines / Conference Headlines – Boris ‘unfit to be PM’ and May...
Previous Back to all Next 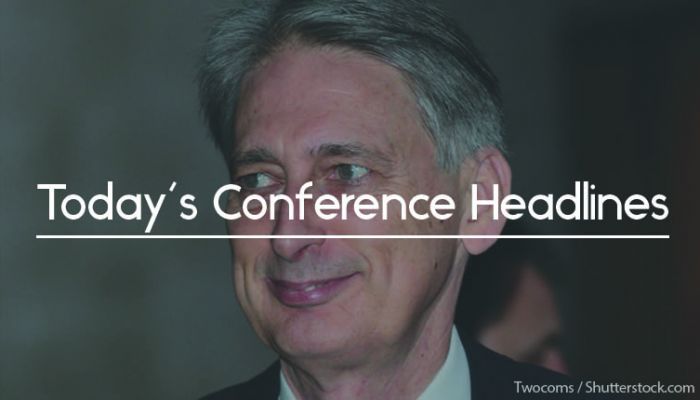 Today’s Conservative Party Conference headlines include Philip Hammond’s remarks that Boris is unfit to be PM, May’s Chequers compromise, the Conservatives have lost their way and Hunt’s opinion that the EU is a prison.

Boris is unfit to be PM
The Daily Mail reports on remarks made by the Chancellor, Philip Hammond, in which he said that Boris Johnson is unfit to be Prime Minister. Hammond has also said that Johnson’s greatest achievement is his Boris bikes. Hammond criticised the lack of detail Johnson provides in his suggestions and said he does not know how his own proposals work.

May to compromise on Chequers
The Sun reports that Theresa May could be willing to compromise on her Chequers plan. At a national convention meeting it is rumoured that May has admitted she may not be able to keep all aspects of her plan. This comes after the PM has faced stiff opposition to her proposals from those in her party.

Conservatives have lost their way
The BBC report on remarks made by Conservative donor, Michael Spencer, who is concerned about the party losing its way. In an interview Spencer did not endorse Theresa May saying that her future depends on her ability to deliver Brexit.

Hunt compares EU to ‘prison’ of Soviet Union
Sky report on a speech made by Foreign Secretary, Jeremy Hunt to the conference where he compared the EU to the Soviet Union. He said the EU was set up to promote and protect the values of freedom and not prevent people from leaving. Hunt also called on the party to unite so it can appeal to the entire country.

You can still sign up for complimentary Conference emails, with summaries of main sessions, speakers and fringe events here.