You are here: Home / Political Headlines / Conference Headlines – Labour plans to nationalise water industr...
Previous Back to all Next 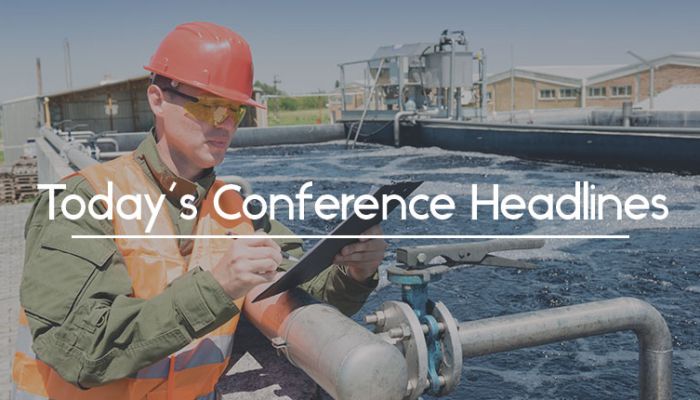 Today’s Labour Party Conference Headlines include Labour’s ‘war on the water rats’, Labour’s nationalisation plans causing concern among business leaders and the possibility of a second referendum under Labour.

Labour’s ‘war on the water rats’
The Daily Mirror’s headline describes Shadow Chancellor John McDonell’s nationalisation plans as a ‘war on the water rats’. During his speech yesterday, McDonnell pledged to put a stop to ‘profiteering in dividends and vast executive salaries’ and announced that the water industry would be the first to be nationalised under Labour. He said that current bosses would be fired and that control would be handed to workers, councils and customers.

Nationalisation could damage prosperity
The headline of The Daily Telegraph features a warning from Business leaders that Labour’s nationalisation plans could ‘put prosperity at risk’. The newspaper reports that business leaders are deeply concerned about Labour’s plans, saying that it would put the economy into the ‘deep freeze’ and ‘crack the foundations’ of prosperity.

Labour MPs plan to vote down May’s EU withdrawl deal
The Evening Standard reports that according to Shadow Brexit Secretary Keir Starmer, the Labour Party is preparing to vote down Theresa May’s EU withdrawal deal in Parliament. The newspaper reports that in his speech to conference today, Starmer will warn that Tory ‘division, chaos and failure’ over Brexit is putting the country’s future prosperity at risk.

Labour could offer the chance to remain in the EU
The BBC writes that Starmer has claimed there is a possibility of Labour backing a second referendum offering voters the chance to remain in the EU. This came following John McDonnell’s comments that any vote should be on the terms of the Brexit deal, rather than on staying in the EU. Today, conference will debate and vote on a motion to keep a new referendum on the table if Labour is unable to force a general election.

Shadow Energy Secretary to announce ambitious clean energy plans
The Guardian reports that Shadow Secretary for Business, Energy and Industrial Strategy Rebecca Long-Bailey will today announce the Labour Party’s commitment to reducing greenhouse gas emissions to zero by 2050. The current aim is to reach an 80% reduction. Long-Bailey will set out new energy proposals, including the aim to generate 85% of electricity through renewable and low-carbon sources, and the doubling of windfarms by 2030.

There’s still one day left of the Labour Conference. Get complimentary bulletins straight to your inbox, sign up here.