You are here: Home / Political Headlines / Conference Headlines – Labour propose to scrap free schools
Previous Back to all Next 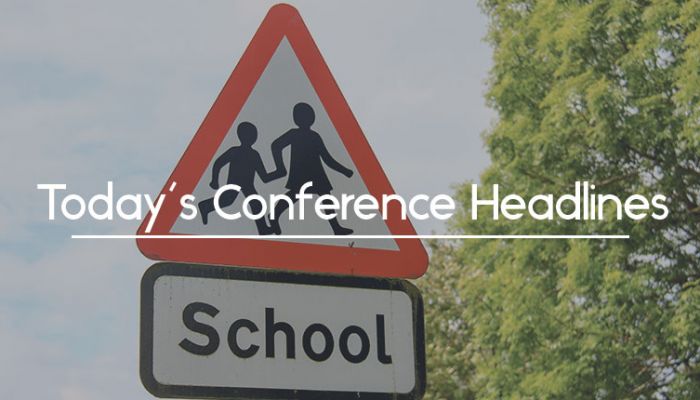 The end of free schools and academies
The Guardian reports on proposals to scrap free schools and reduce the autonomy of academies that will be unveiled by Shadow Education Secretary Angela Rayner. It is also expected that Rayner will announce that Local Authorities will be able to build their own schools again. This will be the first structural reform Rayner has presented since being in her role.

£500 bonus for workers
The Independent has picked up on another policy announcement that Labour are expected to make, Shadow Chancellor, John McDonnell will say that workers should receive a bonus that could be up to £500 for as large companies would be required to give workers shares. This forms part of a plan by McDonnell to allow workers to benefit from any rise in valuation of the company they work for.

Deselection made easier
The BBC reports on rule changes the Labour Party will make, the changes will lower the threshold for a selection contest to be announced. Currently the threshold is 50% of local branches and affiliated unions voting for the contest, this is will change to 33%. This could see more MPs who are not on the left of the party facing opposition from within their local group.

Creasy criticised Momentum
Sky reports on remarks made by Stella Creasy where she has labelled Momentum as toxic and has called on the more moderate members of her party to take back control. Speaking at a fringe event at the conference Creasy said that there is more to being political than trolling MPs online or going to a protest.

Labour Live not a success
The Express has a story that determines that the festival organised by Labour was not a success due to poor ticket sales. The Treasurer of the party confirmed that cash reserves were used to compensate for the lack of attendees. The party Treasurer, Diana Holland did make clear that the event was not organised with the intention of making money and the cost of the festival will be included in the next year’s financial report.

The Labour Conference is in full swing with plenty more to come. Get complimentary bulletins straight to your inbox, sign up here.