You are here: Home / PR / Defender to Contender or marketing stunt?
Previous Back to all Next 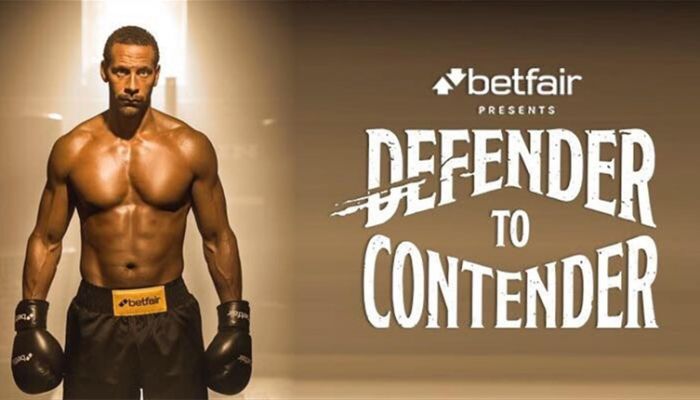 Betfair has announced former footballer Rio Ferdinand is to become a professional boxer. The ‘Defender to Contender’ project is backed by the betting company and currently making national headlines.

Betfair has gathered boxing experts to train Rio Ferdinand so he can attain his British Boxing Board of Control licence and become a belt-winning fighter.

While there’s a clear history of sportspeople switching specialisms (Andrew Flintoff to boxing and Chris Hoy to motor racing), Betfair has a track record in this field, previously helping Victoria Pendleton become a professional jockey in the ‘Switching Saddles’ campaign.

This latest campaign is a marketing stunt – the coverage Betfair has received this morning is phenomenal because Rio manages to transcend traditional media boundaries – but it is also a genuine story with real consequences. It’s a stunt for Betfair, but for Rio – this is real.

At 38, having had a long and physically demanding career, most people wouldn’t choose to be punched in the face to advertise a company. Rio Ferdinand is serious about qualifying for his British Boxing Board of Control licence before going on to train and compete for a belt.

Rio said: ‘When Betfair approached me about the Defender to Contender challenge, the chance to prove myself in a new sport was a real draw.

‘Boxing is an amazing sport for the mind and the body. I have always had a passion for it and this challenge is the perfect opportunity to show people what’s possible. It’s a challenge I’m not taking lightly – clearly not everyone can become a professional boxer – but with the team of experts Betfair are putting together and the drive I have to succeed, anything is possible.’

That makes this the perfect marketing stunt.

Betfair has found a celebrity endorsement without it being a straight up paid-for promotion and they have an ongoing stream of advert-worthy content as Rio is tracked through his new-found career.

Win or lose, Betfair has successfully aligned itself with sports, sportspeople and professionalism – showing it can gather world class experts to turn a footballer into a ‘contender’.

And as a bookmakers, it is also securing future events to bet on.

Check out Rio Ferdinand’s Contender to Defender launch video below: