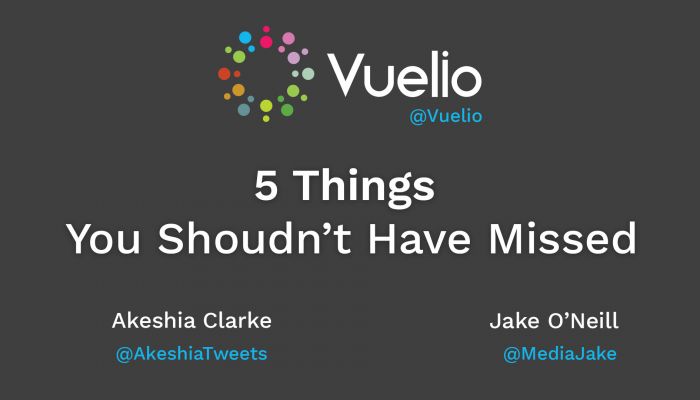 The #VuelioVoice podcast covering the major trending stories from the worlds of media, marketing and PR this week.

This week the stories include:

1. Women on front pages – a new report from Women in Journalism has revealed that just a meager 25% of front page stories contain female bylines. We explore why female journalists aren’t getting the coverage they deserve.

2. A tale of two bookies – Paddy Power has this week fallen foul of ASA’s advertising rules while Betfair has announced a new celebrity endorsement with Rio Ferdinand in its Defender to Contender project. We discuss the opposing marketing strategies.

3. Heidi Klum’s designer clothing – Heidi Klum has launched a new range of clothing with Lidl. We explore how the supermarket is appealing to a luxury-loving audience while maintaining its low prices.

4. Ryan Air in the news – Ryan Air’s pilots are all taking their holiday at the same time due to a planning ‘mess up’. The airline’s CEO has made some controversial comments but also defended the company’s relationship with its pilots.

5. Morrisons focuses on staff – another supermarket story as Morrisons has refocused its advertising on the staff it has in store and the fresh, on-site goods they’re creating. We look at how the company, like Lidl, is repositioning itself after positive results.

Think we’ve missed something? Get in touch on Twitter @Vuelio or use the hashtag #VuelioVoice.