You are here: Home / PR Pulse / #FuturePRoof 4 launches with a look at BME talent
Previous Back to all Next 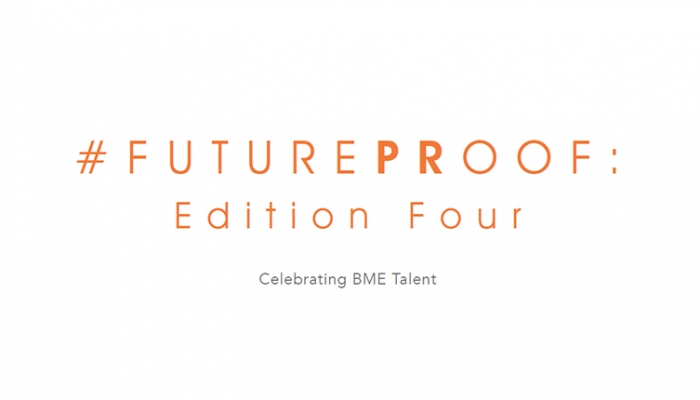 Aiming to highlight the role of PR in strategic management and to share best practice, crowdsourced content covers subjects including social media, partnerships, managing reputation, pitching, internal communication, leadership, coaching and public relations in the time of COVID-19. Media diversity is the topic for a piece on the importance of journalists representing the communities they serve, and there are chapters on hiring and developing team members from diverse backgrounds.

#FuturePRoof founder and editor Sarah Waddington said: ‘This was never meant to be a book about ‘black issues’, which are in fact cultural and societal issues, not black or BME – just like pay inequality isn’t a women’s issue. This was always to be a forward-thinking look at best practice within public relations, with the purpose of reasserting PR’s value to business.

‘Where contributors asked if they could write from a racial diversity and inclusivity standpoint, that was in their gift. And I’m glad some of the amazing authors took that decision. Every single contributor has done a brilliant job and I’m grateful to them for sharing their expertise.’

PRCA Diversity Network Chair Rax Lakhani believes the focus of #FuturePRoof 4 is particular timely, aiming attention ‘on the stark reality of our industry’s poor record on racial and ethnic diversity.

‘This anthology of essays demonstrates beyond any doubt the abundance of BAME talent that is prevalent within our profession and it is reassuring to see issues of race, ethnicity and cultural diversity being given the prominence and urgency they clearly deserve.’

For Chair of the CIPR’s Diversity and Inclusion Network Avril Lee, now ‘is the time to celebrate BAME talent – and more importantly, now is the time to progress and reward it equally.’

To read #FuturePRoof 4, copies can be purchased via Blurb and Kindle, and a chapter a day will be released on the #FuturePRoof blog and on Twitter @weareproofed.