You are here: Home / PR / GolinHarris appoints Zac Schwarz as executive creative director
Previous Back to all Next 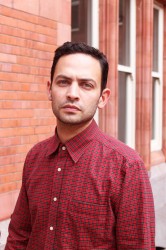 GolinHarris, the global strategic communications and PR firm, has appointed Zac Schwarz as executive director, creative. He joins the team in London, led by Charlie Coney, EMEA head of creative.

Zac joins GolinHarris from Mischief where he served as creative director. He has previously worked at agencies such as Shine Communications and Freuds, delivering creative for clients including Virgin Atlantic, The National Trust, Unilever and Akzo Nobel.

The appointment to GolinHarris comes in response to significant recent wins for the agency including npower and lastminute.com.

‘With the recent wins and a continued drive to produce award-winning client work, Zac will be using his immense talents to support key accounts and ensure we are brilliantly placed to deliver world-class creative throughout 2014 and beyond,’ said Charlie.

Downturn over for UK ad and PR sectors, finds WPP and PRCA reports