You are here: Home / PR Pulse / Government comms focuses on influencer outreach
Previous Back to all Next 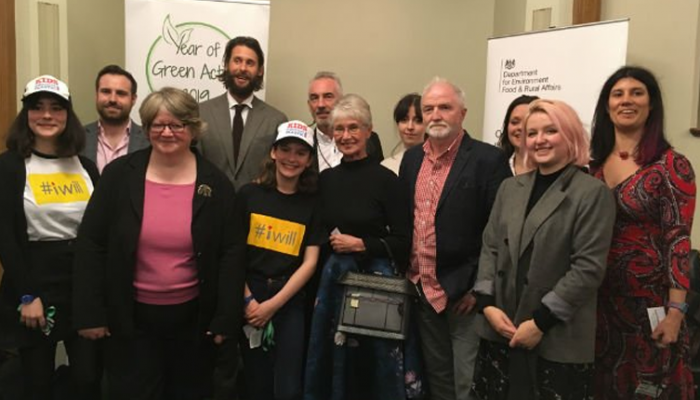 Michael Gove’s announcement that he has appointed 10 ‘green ambassadors’ is the latest sign that the political and influencer worlds are colliding.

Under Gove, the Department for Environment, Food and Rural Affairs (Defra) has embarked on an ambitious programme of work. Some of this is forced – leaving the EU requires major changes to agricultural, fisheries and environmental policies – but much of it seems to stem from Gove’s own desire to make a mark.

Indeed, improving our environment seems to have become something of a personal mission for Gove, who tweeted that footage of the impact of plastic pollution on our oceans in David Attenborough’s Blue Planet II had left him ‘haunted’. Measures he has announced include a ban on plastic straws, stirrers and cotton buds and a deposit return scheme for drinks containers.

When Theresa May launched the 25-Year Environment Plan in January 2018, one of its measures was a commitment to make 2019 the ‘Year of Green Action’, alongside a commitment to scope out ‘an evidence-based behaviour change strategy’. Indeed, one of the most important parts of delivering the environmental change our planet requires is to deliver behavioural change by getting us to appreciate our impact on the environment.

With this in mind, it is hardly surprising that Gove has chosen to work with influencers in order to communicate his department’s environmental message. By moving beyond ‘traditional’ ambassadors – you might expect such a list to contain charity leaders, academics or high-profile businesspeople – Gove will know that his message is reaching a larger, more diverse audience that more conventional figures simply wouldn’t reach.

Indeed, the list of ten ambassadors is wide-ranging. It contains Besma Whayeb, whose blog Curiously Curious was ranked as one the top ten UK green blogs by Vuelio, and Sian Conway, the Green & Eco Influencer of the Year 2018. Alongside these, the list also includes an endurance swimmer, television presenters and an adventurer who sailed across the Pacific in a boat made of 12,500 plastic bottles. And while there is an academic – Professor Tim Jackson – even he has nearly 11,000 Twitter followers.

Gove’s expressed hope is that his strategy will, ‘ensure that this country is recognised as the leading global champion of a greener, healthier, more sustainable future for the next generation’.

The ambassadors were introduced at a reception which also featured the #iwill4nature campaign, encouraging young people to take part in green social action. Among the newly-announced influencers was the student Izzy McLeod, who blogs as The Quirky Queer. It seems clear that by working with younger influencers to spread messages about environmental responsibility to their peers, Defra hopes reaching the next generation and implementing its environmental goals will be much easier.