You are here: Home / nav_menu: 4 featured / Gravity to take home the Oscar for Best Picture 2013
Previous Back to all Next 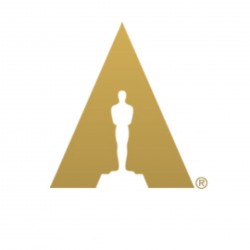 The Oscars, as illustrated on Twitter by The Academy of Motion Picture Arts & Sciences

And the Oscar goes to….Gravity! Cision’s predictive algorithm identified the most popular films leading up to the 86th Academy Awards and it seems the 3D space Bullock-Clooney blockbuster is set to come out on top.

Cision took into account more than 700 million web articles to determine which of the movies nominated for the best picture category received the most media coverage. The information was collected by the Cision global monitoring system which analyses more than 85,000 online information sites daily.

Gravity was mentioned in more than 102,000 articles in the year leading up to the Oscars, followed by bookies favourite, the historical drama, 12 Years a Slave.

Meanwhile, in the countdown to the Academy Awards, Twitter is buzzing with opinions and predictions on winners with the hashtag #Oscars2014. Below is a look at some posts surrounding the best picture nominations.

As a Brit I’m conflicted shud best film #Oscars2014 go to #gravity that is a British made film or #12YearsASlave that has lots brit talent?

Only got one of the #Oscars2014 Best film nominations left to watch. NEBRASKA. Watching it tomorrow, along with maybe #TheLEGOMovie

The Oscars are drawing nearer! Take a look at our Best Film breakdown – http://t.co/0PSFc9yivY – #Oscars2014