You are here: Home / social media marketing / Happy Birthday Hashtag
Previous Back to all Next 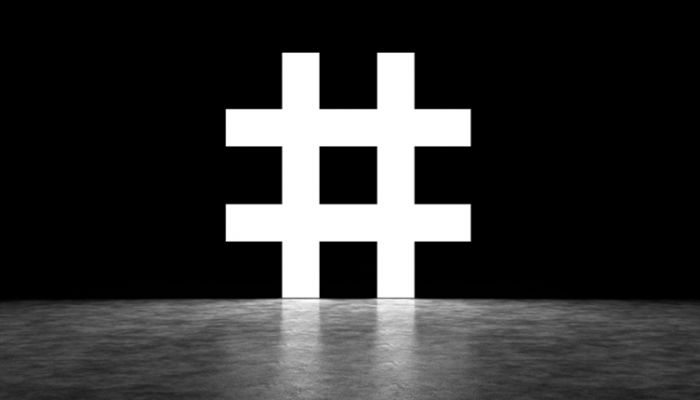 It started ten years ago as one man’s suggestion to group messages and ideas with the # symbol and now over 125 million hashtags are used on Twitter every day.

The symbol is older than keyboards and telephone keypads, stretching back to when the English started writing lb, short for libra – the Latin for pound.

how do you feel about using # (pound) for groups. As in #barcamp [msg]?

The rest, as they say, is #History.

Now celebrating its tenth birthday (#hashtag10), the hashtag has become part of everyday lexicon and was added to Oxford English Dictionary in 2014:

hashtag n. (on social media web sites and applications) a word or phrase preceded by a hash and used to identify messages relating to a specific topic; (also) the hash symbol itself, when used in this way.

The BBC has compiled a list of some of the most popular hashtags, including #BlackLivesMatter, #EdBallsDay, #TheDress, #HeForShe and #PutYourBatsOut. While we think of these stand out moments and trends (#IceBucketChallenge anyone?) as being very popular on Twitter, it is the everyday hashtags that dominate the platform, the most popular being #FF, or Follow Friday, with hundreds of millions of tweets.

Evolution
The little hatch mark (that’s right, ‘hash’ came from the word ‘hatch’), has evolved over time. Its original purpose, as suggested by Chris Messina, is still the dominant usage but hashtags have evolved written (and in some cases spoken) language to create clarity of meaning, especially with irony. An increasingly common usage is a hashtag modifying a statement so its obviously ironic and as such it’s become an extension of punctuation, giving meaning to text.

And it’s not just Twitter, other social networks picked up the # as the de facto method of collecting conversations, grouping posts and creating searchable content. Instagram, which relies on hashtags for growth but doesn’t have the character limit, is perhaps now king of the hashtag.

On Twitter, two hashtags is the sweet spot for engagement, but on Instagram the most engagement comes from posts with 11 or more.

And the most popular hashtag on Instagram? #love with 1.1bn uses and counting.