You are here: Home / journalism / Peppa Pig Pipped at the Post
Previous Back to all Next 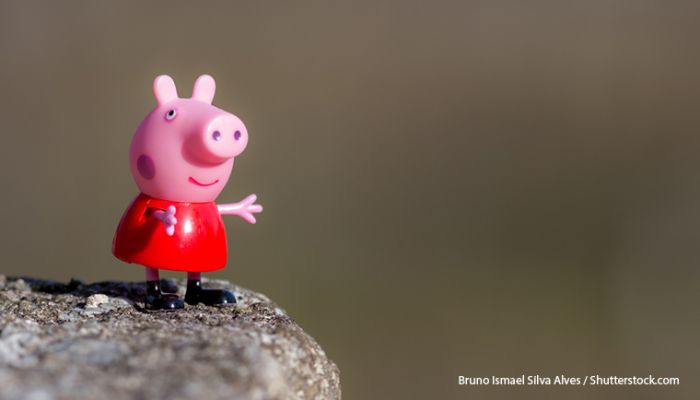 First News, the newspaper aimed at children between the ages of seven and 14, has become the UK’s bestselling children’s periodical with an average weekly combined print and digital circulation of 86,413 in the first six months of the year.

The four percent rise in circulation pushes the newspaper ahead of less news-focused titles including Peppa Pig Bag-o-Fun and the BBC’s CBeebies Magazine (which recorded an eight percent decline in sales).

Celebrating the milestone, First News founder and chief executive Sarah Jane Thomson told journalists: ‘Eleven years ago we identified a gap in the market and have been producing a quality title ever since.

‘Our plan was to bring news to children – and we have stuck to that plan, which has been our key to success. Teachers, parents and of course children themselves appreciate our non-sensational approach to national and international news.

‘However, we are aware of the potential challenges of a declining newspaper market and the opportunities available to us as a result of having built a strong brand following.

‘We will continue to develop our offering, bringing new products to our increasing and loyal customer base – whilst staying true to our roots and remaining focused on our core philosophy of enhancing the lives of children.’

As well as boasting a burgeoning young readership via individual newsagent sales and subscriptions, First News also claims that more than 50% of UK schools subscribe to the newspaper and, as a result, can also say it has a weekly readership of two million young people.

So should the newspaper industry as a whole be encouraged that young people are taking interest in a ‘traditional’ news product?

Yes and no. It’s great that First News has grabbed the attention and acclaim of its young readership but where do they go after age of 14?

No newspaper managers to target the teen and young adult market effectively, leaving ‘new’ media to scoop up the masses online.