You are here: Home / PR Pulse / How a Vuelio ‘blind date’ led to featuring on the BBC
Previous Back to all Next 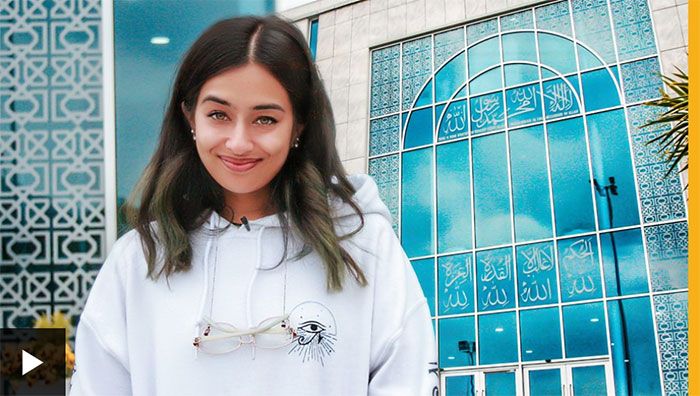 Vuelio continues to connect journalists and PRs with its increasingly popular ‘blind dates’ series. These face-to-face meetings prove the power of building professional media relationships in the right way. A recent Vuelio ‘blind date’ between Maz Halima and Farhad Ahmad has already led to the pair working on a video project for the BBC.

The chat flowed from the start as Farhad, a press officer and Imam at Ahmadiyaa Muslim Community discussed with Maz, a freelance journalist, about the challenges he faces promoting a positive message about Islam and the Ahmadiyaa Muslim Community. As a freelance journalist, focusing on the social issues she encounters as a Muslim woman, Maz took away plenty of great advice from Farhad, promising to get more involved in her local community.

Fast forward to the end of May, and Maz is working on a short film for the BBC about Ramadan. She needed a spokesperson from the local Muslim community, and, luckily, Maz now knew someone she could call upon for just such an occasion – Farhad.

My Ramadan Diary: Fasting for 18 hours with depression and anxiety is now live on the BBC website and follows Maz throughout her day of fasting, including a visit to Farhad at the mosque.

Thanks to the Vuelio ‘blind date’, Maz was able to put her recent comms connection into action, ensuring her powerful film got made and provided coverage for the Ahmadiyaa Muslim Community on the BBC, one of the most respected media outlets in the world.

Maz is now an advocate of the ‘blind date’ process, she said: ‘When I went on my Vuelio ‘blind date’, I thought it would be great to get some insight into the world of PR and have some delicious food – but I have to say, I didn’t imagine the experience would come in handy so quickly.

‘But just weeks later, the BBC wanted me to interview someone in the local Islamic community who could provide a light on the importance of compassion when it comes to mental health during Ramadan – and I knew Farhad would be a good person to have that conversation with. I’m glad I met him via Vuelio, as it saved me from all the man hours of finding someone to speak to that I’d probably have never met before.’

Are you looking to grow your network? Maz and Farhad had a ‘blind date’ at the First Dates restaurant – the Paternoster Chop House. We’re always looking for PRs and journalists to take part so if you’d like to have a success story like Maz and Farhad get in touch!