You are here: Home / PR Pulse / One year on: How the pandemic has impacted influencers
Previous Back to all Next 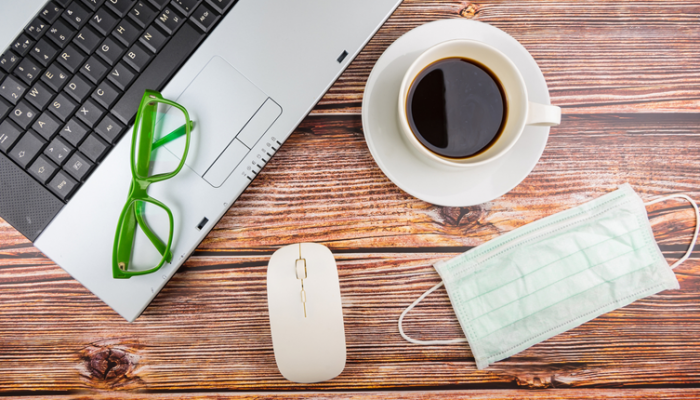 This post is by Slummy Single Mummy blogger Jo Middleton, exploring the impact the pandemic has had on the influencer industry. 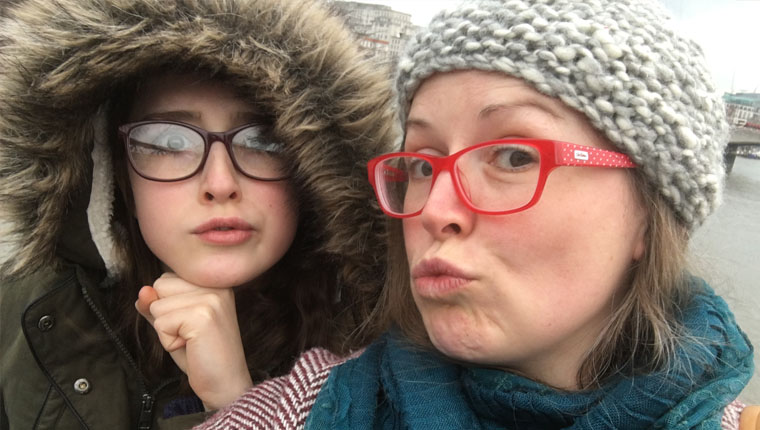 A year ago this week, (or is it four? It feels like four years at least…), the UK entered its first lockdown. Nobody knew what to expect, how long it would last or what the impact would be on jobs, on whole industries and on our emotional well-being.

At first I wasn’t too worried. As a freelance writer and blogger at Slummy Single Mummy, self-employed now for over 12 years, I’m used to my income going through peaks and troughs. I have some savings – not a lot, but enough to mean I don’t need to rush out and sell the kitchen appliances at the first sign of trouble – and I’m good at holding my nerve when it comes to cash flow.

As one by one all of my existing blog projects were suddenly ‘paused’, (read ‘cancelled’ ultimately in most cases), and the tumbleweed rolled around my inbox, I lay in the garden reading Agatha Christie books and getting a suntan. ‘Give it a couple of months,’ I thought, ever the optimist, ‘and everything will be back to normal right?’

Instead here we are, one year down the line and, as a blogger and influencer, work is far from back to normal. No press trips, no events, no fun video projects where I have three weeks to learn Spanish and go on a date with a Spanish man called Marco. Nada.

The salt rubbed in the wounds is that I’ve not qualified for a single penny of financial support either. My earnings are over the cap and while as a single mum and sole breadwinner I’m definitely not rolling in disposable cash, apparently my average income means I should have made better pandemic provisions. Consider me told.

What I’ve found interesting though is how different brands and different influencers have responded. Campaigns have been switched up to focus on the joy of staying at home and I’ve seen a significant increase in approaches for projects around takeaways and alcohol. And while I’ve personally found it difficult to concentrate and hard to motivate myself, other bloggers have seized the opportunity of more free time to try new things and start new projects.

Take John Adams for instance, who blogs at Dad Blog UK. Pre-pandemic I’ve always admired John for his consistency and positive attitude. You just know that John works hard, and I was not surprised to learn that he was one influencer who has been using the last year productively. 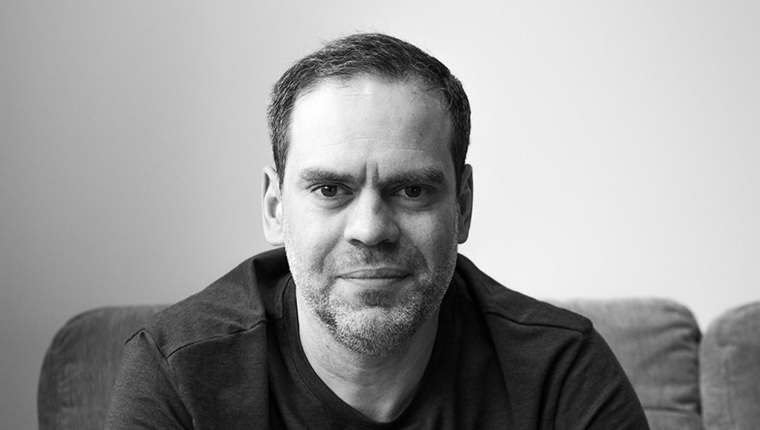 “Lockdown inspired me to do two things,’ John told me. “Number one, decades after leaving school, I started studying GCSE maths. It’s an exam I failed in my youth and it’s always bugged me. I sat exams in November and January and I’m just waiting for the results now.

“Number two, I launched a podcast called DadPodUK. It’s something I’ve wanted to do for ages so I produced a mini-series of eight episodes. To my amazement, those episodes were enough for me to get a Runner Up accolade in the inaugural Podcasting for Business Awards. This, despite the fact that early episodes were a bit ropey in places because I had no idea about recording audio, a skill I have rapidly taught myself.”

Admirable stuff right? There I was, signing up to an interior design course that I managed one module of, and John was resitting his maths GCSE. Not everyone though, (me included), has found it so easy to maintain that sense of drive and determination in the midst of such uncertainty.

So many influencers I’ve spoken to have told me that work just stopped in the early months of the pandemic. In an industry that can feel unpredictable at best, (I often wonder when someone is going to notice that I don’t have a ‘proper job’ and make me work as a plumber or something), we shouldn’t underestimate just how unsettling this was.

‘The first couple of months into the pandemic work basically stopped,’ says Fritha, aka Tiger Lilly Quinn, ‘which was worrying but not unexpected. I think like the rest of the world brands didn’t really know what lay ahead or what would be appropriate in terms of advertising. It’s been a slow climb back over the past year and our income has definitely taken a big hit.’

It has been the same for Donna from What The Redhead Said. Although Donna has normally remained upbeat, regular watchers of her Instagram stories will appreciate the subtle but clear correlation between the stress she’s feeling and the number of fudge recipes she creates. (I can vouch for the fudge recipes though – homemade slow cooker fudge has become just as much of a crutch for me during lockdown as I suspect it has for Donna.)

“Work for me vanished at the start of the pandemic,” says Donna. “I had a good three months where I earned next to nothing. I had a lot of work cancelled that involved content around days out, holidays and festivals. Influencers just stopped being able to promote huge chunks of everyday life literally overnight.

“I’ve seen a lot of influencers give up and go and get ‘proper jobs’ because trying to juggle a freelance career, sporadic income and family life is just too much. There’s a lot to be said for a guaranteed income during a pandemic and I can completely understand why some influencers have thrown in the towel.”

I can totally relate to this. After years of self-employment I took the huge step in November of taking a permanent, part-time job. Partly it was to have that regular income stream – the months of uncertainty had started to take their toll on my cash flow nerves of steel – but partly to address the issue of motivation.

In normal times I would work from a coworking space or cafe to break up the day and keep me focussed but with just the same four walls around me I was finding it increasingly difficult to find any structure or motivation at all. Making myself accountable to someone else has forced me to concentrate, if only for a few hours a day, and has helped to give me back a little of my pre-lockdown mojo.

Another consideration for influencers has been the type of content to post. We all want to be respectful of the difficult situations that people have been living through, but at the same time there’s clearly a huge appetite right now for any escapist.

I know in the early weeks of lockdown, (when I wasn’t sunbathing), I spent a lot of time walking in circles around the park listening to episodes of The Great Indoors podcast from Sophie Robinson and Kate Watson-Smyth from Mad About the House. That was pure escapism for me – escape from a world of uncertainty and greyness into a cosy, comforting and colourful landscape. I pictured myself under their duvets with them as they tried to record remotely with decent acoustics and their light-hearted positivity was a tonic. 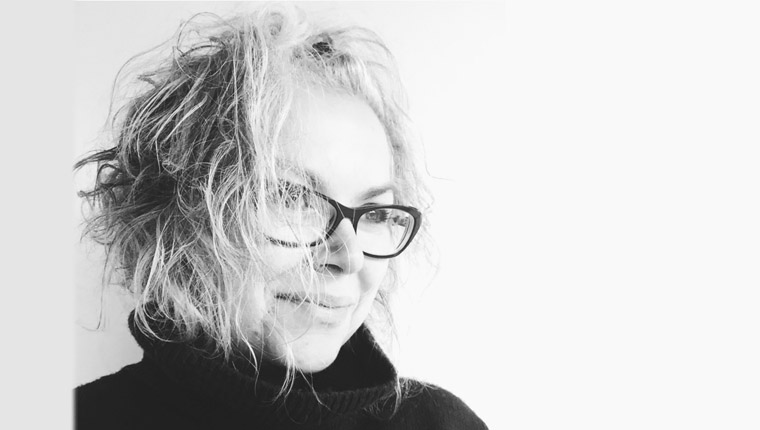 I spoke to Kate about how she managed the balance between creating content that was fun but not overly frivolous.

“To start with I found it hard to decide on content,” says Kate. “It didn’t (and still doesn’t) feel right to keep talking about new stuff when people were worrying about how they were going to pay their bills.

“That said, it’s good to see that people are understanding the link between their homes and their well-being and mental health and are trying to make their homes work for them through their choice of colour and decor.

“Broadly speaking it’s a good time to be writing about interiors as interest is high (my blog had record-breaking numbers and engagement last year) and people want to know what they can do to make their homes both functional and attractive. For me that has all been good – all I ever set out to do with the blog was to encourage people to ask if they genuinely liked and needed what they were buying, so they wouldn’t make expensive mistakes and so their homes can support them and make them happy.”

So what’s the future looking like for influencers? Will we see a return to pre-covid levels of activity? I think so. Just over the last month I’ve noticed my inbox getting busier as brands adapt and start to look forwards. I think that having an exit plan has given everyone a bit of a light at the end of the tunnel and although it may take a while to get back to normal, there are surely going to be an awful lot of brands wanting to get themselves back on the radar and so plenty of opportunities for influencers to support that.

“A year later, my income levels are nowhere near where they were before the virus took hold,” admits Donna, “and it’s only now, a year after the initial lockdown, that I’m starting to receive a few tentative emails about reviewing hotels or going on press trips. Overall though  I’m starting to see brighter days ahead. I’m getting more emails, I have a few nice little campaigns lined up for the coming months and everyone just seems more willing to make plans and move forward once lockdown starts to ease.”

I agree with Donna – brighter days do feel like they’re ahead. And in the meantime, maybe I’ll just make one more batch of lockdown fudge.