You are here: Home / PR Pulse / ‘Speed dating’ for journalists and PRs
Previous Back to all Next 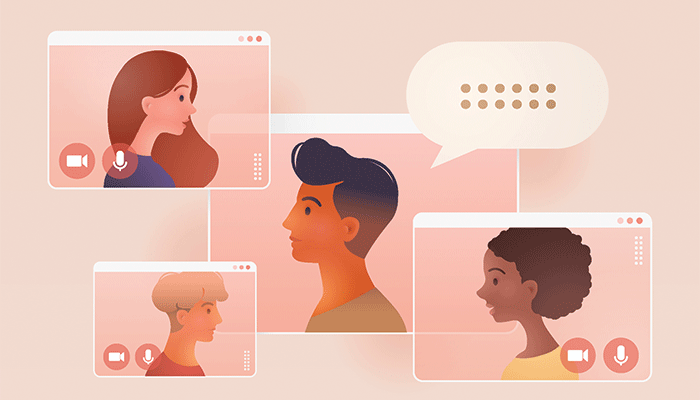 Last month, to celebrate our partnership with Journo Resources, we held our first virtual ‘speed dating’ event for journalists and PRs. After putting a call out, we had four journos and four PRs take part in 15-minute ‘speed dates’.

The aim was for our PRs and journalists to network with each other and have quick, effective conversations, and if they were stuck for chat, everyone had been given some handy icebreaker questions.

We caught up with them after the event to get their feedback and here’s what they said:

Firstly, did you enjoy your ‘speed dating’ experience?

Rachael Davies, freelance journalist: I really liked it! It was lovely putting names to faces, instead of only talking with email accounts, etc. Especially during the pandemic, it’s nice to do a bit of face-to-face networking.

Daniel Puddicombe, freelance journalist: I did – it was a nice way to break up the day and make new connections, something which hasn’t happened a lot recently owing to the pandemic. The format of the event worked well – 10 minutes to get to know a stranger, see what you have in common and how you can help each other going forwards.

Were you surprised by anything your ‘dates’ told you about their job?

Jack Izzard, CEO, Rhizome Media: Yes. All the journalists I spoke to are freelance, and it was interesting to hear what their strike rate is when pitching story ideas to editors.

Rachael Davies, freelance journalist: I was surprised by how much research and stats they’re doing behind the scenes, and have encouraged them to share that more. I often get sent very people-focused stories, and rarely concrete data, but numbers can often be much more of a hook! I’ve got some interesting stats and research results to work with already from some of the PRs I’ve met.

Daniel Puddicombe, freelance journalist: Not really – everything made sense. I wouldn’t say it was surprising, but the event reminded me that there are so many sectors out there that I don’t really come into contact with, such as PRs that concentrate on ‘stunts’, so it was nice to see how the ‘other side’ works.

What do you think people misunderstand about PR/journalists?

Rachael Davies, freelance journalist: How much control we have over whether a story gets picked up! We can want something published or think that a story deserves telling as much as you, but editors and publications might have different ideas.

Jack Izzard, CEO, Rhizome Media: Journalists mistakenly think PR is easy. And that any hack who tires of PR can move seamlessly on to be a gravy train career in PR. Sadly this is not the case now; and I’m not sure it ever was. While many of the skills you require in journalism – the news sense, the speed and precision of writing – are very useful for PRs, a good PR will layer on many more skills. People skills, persuasion and multitasking – not to mention entrepreneurialism – are all invaluable too. These traits are what differentiate a so-so PR from a great one.

Daniel Puddicombe, freelance journalist: What makes a good story – in this respect, the event was very useful as I was able to say ‘these are the kinds of stories I like; how can your clients help?’, bounce ideas backwards and forwards. The chats also allowed the PRs to say ‘these are kind of stories we’re working on at the moment, would they be of interest?’, too, so it worked both ways.

If you could change one thing about PRs/journalists what would it be and why?

Jack Izzard, CEO, Rhizome Media: A thank you every now and again wouldn’t go amiss. PRs don’t expect medals from journalists, but if you’re a hack and a PR has spent all day running around trying to help you, a quick acknowledgement email is always appreciated. Even if you couldn’t use the material they sent, just a quick line to say whether it made it in or not would be great. Doing so will also remove the need for the PR to pester you with questions about where your piece is and is their client in it etc. No-one likes that.

Daniel Puddicombe, freelance journalist: Pitching irrelevant stories – thankfully none of the PRs I spoke to during the event did this – but as someone with very specific beats, I’m often sent press releases that I would never use. A classic example (and one that happens over and over again) is that I’m sent a press release about a new hotel or boat. I’ve never written about boats or hotels, but because I have written rail-related pieces, someone, somewhere (or more like an algorithm) has decided that because I’ve written travel-related pieces (about trains) I must therefore be interested in hearing about a new hotel. Ditto, the PRs that pitch stories about high-end hypercars when I cover the fleet and company car industry. I’m acutely aware poor PR targeting is a problem that every journalist faces though.

Rachael Davies, freelance journalist: Encourage them to be more direct, not putting gimmicky titles in their subjects or being too flowery. Short and to the point is always best.

Hopefully you’ve made some professional connections, do you think you’ll stay in touch?

Daniel Puddicombe, freelance journalist: I exchanged contact details with the three PRs I spoke to, so hopefully we’ll stay in touch going forwards.

Rachael Davies, freelance journalist: Definitely! Made a few contacts I definitely want to follow up on and even a few fledgling story ideas.

Thank you to all the PRs and journalists that took part. We hope to run the event again so if you’re a PR or a journalist who would like to get involved please email [email protected].