You are here: Home / Politics / ‘I wanted to change the world and I knew I couldn’t do it on my own’ – Lor...
Previous Back to all Next 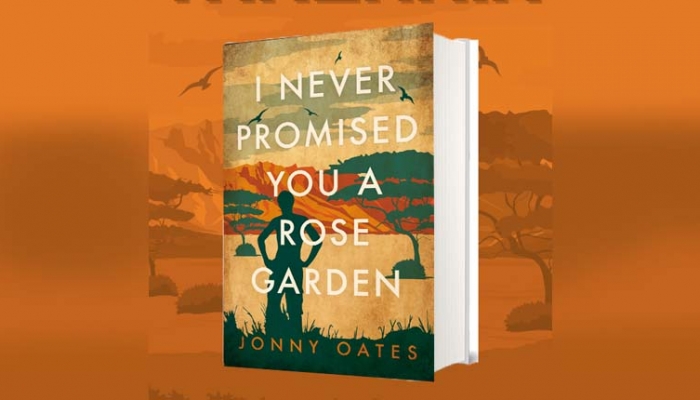 Liberal Democrat peer Lord Oates has given an interview to Vuelio’s External Relations Manager Sam Webber to promote his newly released memoir ‘I Never Promised You A Rose Garden’. Jonny Oates previously served in Government from 2010 to 2015 as Chief of Staff to Deputy Prime Minister Nick Clegg.

What first inspired you to leave the UK as a 15 year old and flea to Ethiopia in 1985 to assist in the humanitarian efforts there?

I saw the now famous BBC news bulletin which inspired Band Aid and Live Aid and it seemed so outrageously wrong that despite there being plenty of food in the world, hundreds of thousands were facing starvation. It ignited a passion to change the way the world worked that was fuelled by the anger and alienation I felt as a result of my sexuality and my struggles with mental ill-health. I felt that I had to do something about it and I made a plan to run away to Ethiopia. It might have just remained a teenage fantasy – I had no money to make it a reality – and then one day I was walking through my Dad’s study and he had a new credit card on the desk which he hadn’t signed. It felt like a sign that I was meant to go and that I no longer had an excuse not to. My dad shared the same initial as me, so I picked up the card, got my passport and went to Ethiopian airlines and bought a ticket. A few days later I got on a plane to Ethiopia. Once there I rapidly discovered that the demand for unskilled fifteen-year olds was non-existent and I got myself into a fairly desperate state, feeling I had burnt all my bridges at home. Luckily, I was rescued by an Anglican clergyman. Father Charles Sherlock whose wisdom and kindness saved my life.

How did it change your relationship with your parents after you returned home?

My Parents were amazingly forgiving, considering all the pain and worry I had caused them, and we retained a very close relationship.

How has this episode shaped your subsequent life and career?

Father Charles told me that if I wanted to be of use in future I needed to go home and complete my education, but he also told me that the TV cameras would soon forget about Africa again and that I should not. I got involved in politics, joining the then Liberal party when I was seventeen, largely inspired by their commitment to international development. After my A-levels I went and taught in a rural school in Zimbabwe and subsequently I worked as an adviser in the first democratic parliament in post-apartheid South Africa. My experiences in Africa taught me that you don’t change the world by standing on your own but that you can change it by standing together with thousands of others and doggedly and determinedly campaigning for change. I was lucky enough to be working for the Deputy Prime Minister and sat behind him in the Cabinet meeting when it was announced that we had met the UN target of providing 0.7% of GNI in overseas development aid.

What inspired you to go to South Africa later in your professional life?

I had visited South Africa while working in Zimbabwe, to try and see the father of one of the students I taught. South Africa was under a state of emergency and still governed by the white minority apartheid regime. I was horrified by what I saw there, and I left as rapidly as I could. Never imaging that less than six years later there would be free elections. When I got back to the UK after my year in Zimbabwe the first society I joined at university was the anti-apartheid society. In 1998 I had the opportunity to go and work as an advisor in the South African Parliament as part of a project run by the Westminster Foundation for Democracy. I was assigned to work with the Inkatha Freedom Party, the party led by Mangosuthu Buthelezi who was then the Minister of Home Affairs in the Government of National Unity, and I spent two fascinating years working in the Parliament in Cape Town and frequently visiting KwaZulu-Natal where the party had its main strength. My role was to help establish media and research functions in parliament and to support staff and MPs in media and parliamentary skills.

What first inspired you to join a political party?

I wanted to change the world and I knew I couldn’t do it on my own. The Liberal Party had been the first Party to support Britain making a commitment to provide a proportion of its wealth in overseas development aid and that was very important to me but it had also been the first party to publicly support gay rights and that willingness and courage to do the right thing even when to do so was derided made me think it was the party for me.

What was the most important aspect of your political career in local, national and international affairs?

I loved being a local councillor and being able to help people deal with problems very directly. I remember the first casework I dealt with which was for a man who had lost his wife and had a son with learning difficulties and was finding life very hard. He had lost his job and was housed in terrible temporary accommodation and the council had got itself in a bureaucratic denial there was any problem. I managed to sort it out and get them placed in decent housing and the difference it made to them made me realise that helping people was much more rewarding than grandstanding in the Council chamber.

My time in Zimbabwe was a life changing experience for me. I found myself the deputy-head teacher of a secondary school that hadn’t yet been built but was about to enrol 130 first year students. I was living in a rural area with no electricity or running water and I was completely out of my depth but the kindness and friendship of the local community and their determination to secure education for their children was life affirming. It gave me a great love for the country, and I am still in touch with many of the students I taught more than thirty years ago.

South Africa also taught me much about the pervasive evil of racial division and dominance and the long legacy that it leaves and once again I found myself surrounded by inspirational people. I had the privilege of being in the public gallery in parliament when Nelson Mandela gave his last speech as President. It was an amazing moment to reflect on the extraordinary strength of the human spirit as evidenced by Mandela’s struggle for freedom, his courage and his humanity.

Which policy changes are you proudest of helping to deliver in the five years your party was in a Coalition Government?

I was immensely proud that it was a Liberal Democrat MP who passed through parliament the Act of Parliament that guaranteed that 0.7% of our national wealth would be committed to supporting the poorest people in the world, that we ensured that we radically changed schools funding so that the most disadvantaged children were given greater support through the pupil premium, that we gained recognition for the importance of mental health services in the NHS, establishing the first waiting time targets and that we secured equal civil rights for lesbian and gay people through the Marriage (Same Sex Couples) Act.

Which lessons were learned from this period in Government?

We got many things wrong. Most notably on tuition fees. We should not have made the promise to scrap them in the first place but having done so we should have kept it. The lesson being to only make promises you can realistically keep. While the deficit had to be cut, the balance between tax increases and spending cuts was out of kilter and we should have insisted on a better balance and a more realistic timetable. We also learnt how ruthless vested interests can be if they feel their power is threatened – we would be better prepared for that now. Finally, I think we failed to recognise how much power we had in the coalition and we should have deployed it more effectively.

Do you feel the 2015 Lib Dem result will put off the party and other smaller parties from joining a future coalition?

I hope not. I was always impressed by how realistic the party was about coalition, understanding the huge pitfalls but believing that politics is about achieving change and there is no point in being involved in politics if you are not prepared to come off the sidelines and get stuck in. Having said that there are many things we learnt from the coalition and I am sure we would apply them to secure a better outcome from a future coalition.