You are here: Home / PR / Inside PR guide to SnapChat
Previous Back to all Next

For anyone who spends a considerable amount of time on social media, it would be almost impossible not to see someone using SnapChat’s face-changing filters which allows people to decorate their faces with cartoonish dog features, sparkly gold butterflies and flower tiaras. Kendal Jenner, Rihanna, Ariana Grande, Justin Bieber, Selena Gomez, and Miley Cyrus are just a handful of the celebrities using SnapChat. And now that Facebook offers SnapChat-style photo filters and Instagram has launched ‘Stories’, allowing users to share photos and videos which disappear after twenty-four hours, it is increasingly difficult to ignore the mobile phone’s app influence across the social channels. 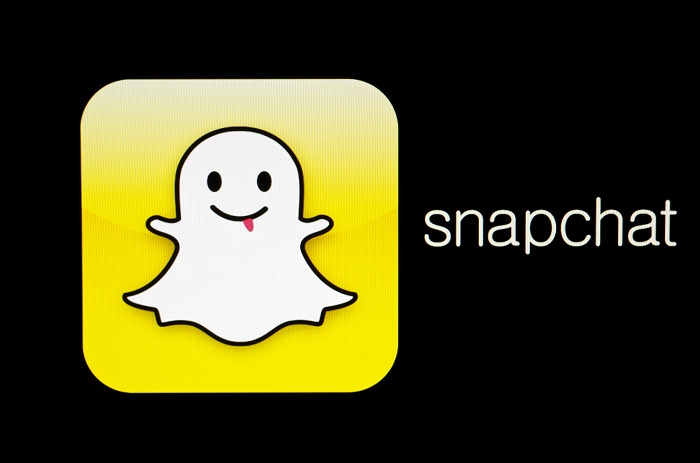 Recent statistics show that SnapChat now has more users than Twitter and that sixty per cent of SnapChat’s users are thirteen to twenty-four years old. Within this demographic is sixteen-year-old student Cecilia Hughes, who uses the app on a daily basis to interact with her peers. Cecilia, who joined us this summer for work experience chatted to us about how PRs can use the mobile app to communicate with her generation, what adverts influence her purchasing decisions and what she thinks the future holds for SnapChat.

Besides the popular selfie filters SnapChat offers, there’s also the Discover platform on the app which puts the most important news and stories of the day from magazines and websites like BuzzFeed, Vice, Cosmopolitan and the Huffington Post. Which one is your favourite and why?

Cosmopolitan is definitely my favorite feed on Discover because it has everything. It’s so easy to use and has a great layout, making it easy on the eye and very user-friendly. It’s a mix of videos, quotes and articles which are all directed toward the younger generation, so this makes their content more relatable and readable. As you swipe along to the different pages they all have a different song that plays.

Also, Cosmopolitan relies a lot on initial judgement so it is very good at enticing people to stay on a certain page and read their content.

What captures your attention on SnapChat?

When you are on Snapchat there are so many things which grab your attention. As there is a lack of words and writing displayed there is great use of colour and special effects. As SnapChat is frequently updating and changing, the new filters are always something which grab my attention whether it’s the new effect you can put on your face based on your location or adverts for movies such as Tarzan or the Conjuring 2.

How influential are adverts on SnapChat in what you consume?

I think they are very useful for someone who isn’t a frequent cinema-goer, the only reason I knew anything about the new Tarzan film was a result of the filter on SnapChat. These filters are often used cleverly to advertise new films. The look of the filter only gives you a vague insight into what the film is about but after seeing the Tarzan advert for the first time I googled the film and watched the trailer. The film has stayed in my memory too because the SnapChat filter for it keeps reappearing every time I log in.

I think that the filter also influences my decision with purchasing as all of my friends also see the filter which means the film will come up in a conversation when I’m chatting to them online and so I am more likely to go and see it.

Different events from pop concerts to gay pride have featured on the story page in the past, in what way do you find this engaging?

These are great because they give you an insight into something you may not have been aware of. I remember seeing stories about this year’s Gay Pride event and I thought it was a great way to publicise the LGBT community. I find it really interesting to see what festivities are going on and even if you didn’t march in the parade you feel as if you’re giving support to the movement despite not actually being there. Concerts and events displayed on the stories page are a great way of knowing what’s on, although I can’t say that I feel as if I’m actually there. Having said that I do think it makes me consider whether I’d enjoy going to similar events in the future.

Do you think more PRs should use SnapChat? And why?

I definitely think more PRs should use SnapChat, especially for advertising or spreading awareness of different social issues. The way things are displayed are dynamic, current and really connect with young people. It’s also shows things in a comical way and is not boring. People often go into the discover section on SnapChat when they feel relaxed and just want to have a browse or if they are bored and need something to do to pass time. Therefore, it’s a perfect way for PR’s to display a message or product at a convenient time for the viewer.

How can brands get the attention of young people on SnapChat?

Brands need to display themselves in an exciting innovative way so people feel as if what they are being shown is nothing they have seen before or at least they are being shown it in a new way. Through SnapChat this is done through colour, music and animation but I think the most important things is for the brand to show whatever they want in a way that is exciting for the viewer. A big impact can be made in a very short time, it just needs to be displayed around something the viewer is interested in or enjoys doing.

You mentioned companies having SnapChat stories as a more effective way of engaging with young people. Can talk a little bit more about this?

Yes, but normally this is most often used for companies with strong connections and can pay large sums of money to famous people. What happens is someone will take over the companies snapchat for the day which means all the followers of that person and people interested in the company will look at it, increasing awareness for the company or brand. This is often used when people are sponsored by a certain brand and as a result they have to promote it on their snapchat. There are probably more examples of this that I haven’t come across but I do think it’s a great way of mass communication as you still get that personal feel.

SnapChat has recently started putting ads between their stories in a huge advertising push. Do you ever get annoyed with adverts or do they not bother you?

To be honest it all depends what the advert is like. Unless the advert is funny they just seem like a bit of a pain. With all the adverts on SnapChat you don’t actually have to watch and you can skip if you chose. Although this is a less reliable way to make sure people actually watch the advert, I think it’s a better way as people feel like they are watching out of choice.

What do you see as the future of SnapChat?

Knowing how much Snapchat has been updated within the last year makes it impossible know where its heading next. I can only assume more and more companies will be buying space on it as well as there being more features and of course new filters added.