You are here: Home / PR Pulse / Interview with leading LGBT+ blog Daddy & Dad
Previous Back to all Next 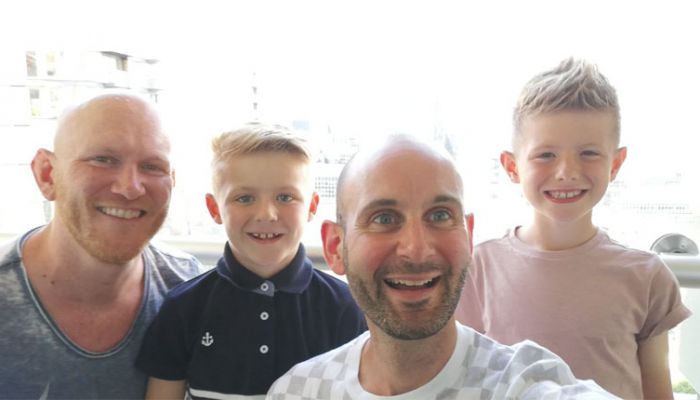 Jamie Beaglehole and his partner Tom write Daddy & Dad, which was recently ranked in the UK’s Top 10 LGBT+ Blogs. Covering life as a two-dad family, with adopted boys Lyall and Richard, Daddy & Dad features everything from the adoption process and the realities of parenthood to days out with the kids. We caught up with Jamie to find out more about the LGBT+ blogging community, why Leicester has the best Pride and how the blog works with PRs.

What makes your blog unique?
I started producing the Daddy & Dad blog back in 2014 when Tom and I adopted our boys, Lyall and Richard. Back then, there was very little first-hand information from same-sex adopters online.

I set out to plug the gap with stories about the reality of adoption with an honest, unfiltered approach. There are already hundreds of ‘Pinteresty’, pastel-coloured parent blogs which omit the difficult bits, so I include all the ‘bad’ bits too – sibling rivalry, soft play centres, school run tantrums, supermarket squabbles but, equally, the cuddles, fun and games we have together.

The blog’s unique because Tom, the kids and I all get involved in Daddy & Dad features and collaborations; it’s a team effort!

What’s the LGBT+ blogging community like to be part of?
I’ve been lucky enough to meet several like-minded bloggers through events and awards ceremonies, not least The Dad Network (of which I’m an active member) and their network of lovely dads. I’m also a member of a regional blogging group who meet up at PR events in the local area.

Thinking about the LGBT+ blogging community, the LGBT+ parenting niche is still fairly small so I tend to find myself rubbing shoulders with the wider blogging crowd. That said, we do get involved with the local LGBT+ community through trips to pride and the gay pub in town – the locals absolutely love Lyall and Rich!

What’s the biggest issue facing the LGBT+ community today?
There is a prevailing masculine culture that tells children that boys and girls are supposed to behave in a particular way. It leads to LGBT+ children hiding their true feelings from their friends and families. It ultimately contributes to mental health problems and suicide among LGBT+ kids.

As a gay little boy back in the 1980s myself (a dark time for gay people), I’ve experienced how insidious homophobia creeps into the classroom, usually unchallenged by teachers. Lyall and Rich are eight and nine and neither of them are aware of a single LGBT+ pupil in their whole school of 400 kids. For me, alarm bells are ringing. Why are LGBT+ kids still hiding in plain sight in 2018 when they can look forward to a happy life of marriage and kids of their own? It’s very worrying.

Where is the best Pride event?
We love local Pride events. Our favourite Pride is Leicester Pride. We take the boys along every year. Lyall and Rich love the rainbow flags, the fairground rides and the colourful people. We sing and dance to the pop groups and drag queens on the big stage and wave our flags around all afternoon.

Leicester Pride’s grown from quite a humble event into an enormous festival; this year we’re expecting around 3,000 people in the parade and over 10,000 at the festival in Victoria Park. It’s on 1 September – fingers crossed for sunshine!

What do you make of Theresa May’s LGBT Action Plan?
When Tom and I watched Justin Trudeau’s tearful apology for the wrong-doings by Canada towards its LGBTQ2 community, we wanted to swap him for Theresa May immediately. But, to be fair, she has

spoken on behalf of LGBT+ people in this action plan. So-called gay cure therapy should have been outlawed years ago – it’s torture – to be honest I’m always stunned that it exists. The PM needs to push this through quickly and enforce legal action against anybody who continues to try to cure gay people.

Tackling bullying in school? Blimey. Mrs May is going to need a lot of help. This is an issue for society as a whole. It requires full cooperation and no ambiguity, with a loud, clear, public message from politicians, influential celebrities, the media, school teachers, faith school leaders, religious leaders, parents, local councillors, everybody. I honestly don’t know how she’ll manage it, but I’ll be watching closely and doing everything I can to help.

What one thing should PRs know about you?
One thing? Oh crikey. We’re established, we have an engaged audience and we’re ready to work with you!

As a family, we throw ourselves into PR and brand collaborations enthusiastically (literally if it’s a new waterpark). The whole family gets involved – our boys had a very turbulent start to their little lives so we like to make up for lost time by enjoying all these amazing new experiences together.

What are the best campaigns or collaborations you’ve been part of?
We’ve been very lucky to attract the attention of some prestigious household brands. 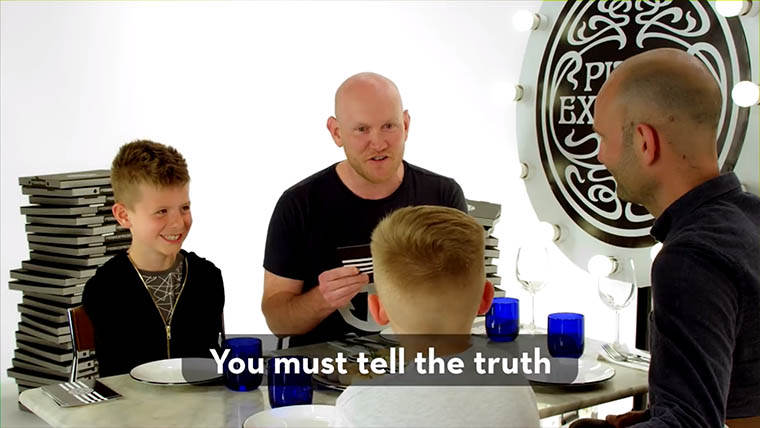 So far this year, we played ‘Never have I ever’ with Pizza Express dough-balls in an unscripted TV advert – that was fantastic fun although we were more than a little nervous about what the boys might say on camera! Tom and I also appeared in the 2018 Birds Eye #Solidaritea film alongside some of the UK’s favourite parenting influencers.

We reviewed a monthly board game for Asmodee, promoted a ‘Hobbit Hole’ holiday for Campsites.co.uk in a Lake District travel feature, launched a new Lazer Quest toy, starred in our own My Magic Story books and last weekend we reviewed a beautiful penthouse apartment in Canary Wharf. And that’s just the highlights!

Do bloggers need their own industry association?
I don’t know much about this, to be honest. But, I do have experience with PR work and blogging as a business. The blogging industry is unregulated and compensation for similar jobs can fluctuate drastically. I know some people expect fledgling bloggers to work for free or for the promise of exposure. I can’t think of any other industry where that kind of transaction could legally work.

As a copywriter, I tend to apply my writing rates to blogging work. Generally speaking, every collaboration or sponsored feature can be broken down into chargeable segments. Like any other business, a blogger should at least charge for the parts and labour (travel expenses, time and effort).

If everyone collectively said no to free work, or work in lieu of exposure, businesses would sit up and listen.

What other blogs do you read?
My favourite blogs tend to be relatively small and beautifully written. I love travel blog Birkenstocks and Backpacks, aspiring writer Rachel Horne’s blog Let’s Get Real, freelancing blog Michelle Abrahall, and Mush & Bean Daddies, which follows young couple Joe & Craig in the early stages of their adoption process – they’re just starting out on their own Daddy & Dad adventure!

Daddy & Dad is listed on the Vuelio Influencer Database along with thousands of other bloggers, vloggers, journalists and opportunities.