You are here: Home / Influencers / Jeremy Clarkson’s ‘punch’ breaks the internet: a social...
Previous Back to all Next 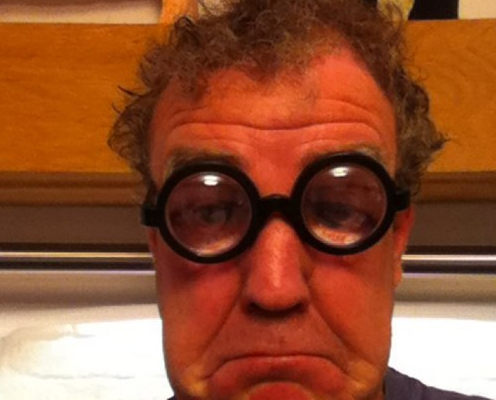 Never mind Kim Kardashian, the news of BBC’s suspension of controversial Top Gear presenter Jeremy Clarkson has quite literally broken the internet with news, reactions, jokes and even petitions to #BringBackClarkson ruling online conversations on news sites and social media.

Clarkson was suspended and the remainder of the current series of Top Gear were scrapped following allegations that he punched one of the producers of the show after filming on location in Newcastle last week.

The conversations surrounding Clarkson online include some strong and controversial words, such as: 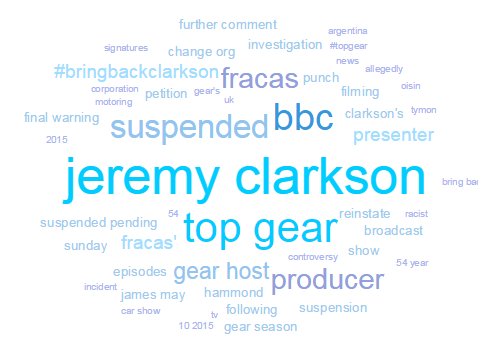 An online petition calling for the BBC to “reinstate” Clarkson has been backed by over half a million people as of mid-afternoon on Thursday. It was started on Tuesday afternoon by Paul Staines, author of the UK’s number one political blog, Guido Fawkes.

Below are a few examples of how Twitter has reacted to the news of Clarkson’s suspension – some positive, some not and many just complaining of their clogged newsfeeds.

My timeline is currently full of Jeremy Clarkson supporting wazzocks.

Keep Top Gear, axe #Clarkson. If you get a flat, you don’t send a petition to Michelin complaining about the road. You replace the wheel. — craig stone (@craigstone_) March 12, 2015

@JeremyClarkson how can @BBC not show the remaining episodes of Top Gear, cant this be resolved without making the fans suffer

Miliband vs the Mail: Why the internet hates Britain