You are here: Home / PR Pulse / Journalism job cuts and closure of publications
Previous Back to all Next 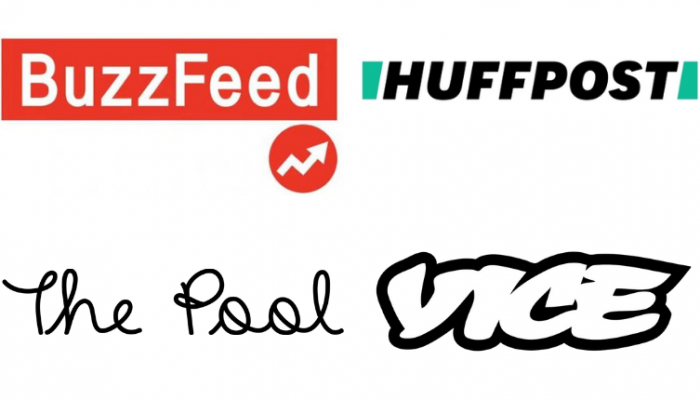 BuzzFeed, HuffPost, The Pool, and Vice are just some of the outlets that have announced cuts and closures over the last couple of weeks, with thousands of media jobs already cut in 2019.

Across the UK, US, and Australia, BuzzFeed has cut editorial roles and closed BuzzFeed Spain entirely. In London, almost half of editorial roles have been cut, down 17 from an original 37. Roles being sliced are primarily across the Buzz team, but also the news and celeb teams. BuzzFeed has also made its head of quizzes redundant because free user-generated content is proving more popular.

The Guardian reported: ‘BuzzFeed founder and chief executive, Jonah Peretti, said the company would reduce headcount by 15 percent, or about 250 jobs, to around 1,100 employees globally.’

This is grim news. It’s an absolutely fantastic team who have made great stuff across the board – not just in news – and picked up award after award.

When we know who’s affected, anyone looking to hire do DM me – happy to recommend wisely. https://t.co/CEvMIJ328c

This is desperately sad. The BuzzFeed UK team are some of the most wonderful and talented people I’ve ever had the pleasure of working with. https://t.co/J9vH5lHoSf

Writing a BuzzFeed list is an ART. Writing something with wide appeal but that still hits home enough to motivate someone to share is a real skill. The people who write them have a unique understanding of how to be funny on the internet.

Buzzfeed UK News have provided such high quality journalism in recent years. Amongst the cat pics and the memes about the Fab 5, there is a real rebellious heart, to inform the public, particularly in this new era of the internet and misinformation. Heartbreaking to see this. https://t.co/xXU3hZ6920

Everyone at @BuzzFeedUK deserves so much better than this. Buzz especially have shaped so much of the internet and content at BF, the Buzz team are funnier, quicker and smarter than most writers out there and you should take the opportunity to hire them now. https://t.co/o6S86tZTCf

In the US, Verizon, owner of HuffPost, Yahoo and AOL, has reportedly announced cuts for up to 1,000 staff. This would trim seven percent from its media team across all brands. Verizon began by laying off 20 employees at HuffPost on 23 January, including opinion writers and political reporters.

CNET reported that in a memo to staff, Guru Gowrappan, CEO of Verizon Media said: ‘These were difficult decisions, and we will ensure that our colleagues are treated with respect and fairness, and given the support they need.’

Next was Gannett, the largest newspaper publisher in the US, cutting around two percent of its workforce. Poynter reported on cuts that affected editors and senior journalists at local papers owned by Gannett in regions across the US. The New York Post reports that cuts affected as many as 400 people.

Last week, women-focused online magazine, The Pool shared the news of its closure on Friday, after almost four years.

Nothing will take away the impact you all made. One of the reasons why The Pool stood out was the willingness to have conversations that no one else would. Be proud of what you’ve achieved and know you have impacted the UK media landscape positively. You did good.

A travesty. I loved @thepooluk so much, as a reader and a writer. Everyone who worked there was solid gold, and they deserve nothing but applause for creating one of the best spaces on the internet. https://t.co/OtRIWYSgxc

Also on Friday, Vice Media announced cuts across the US, UK and Canada, laying off 10% of staff following reorganisation from new CEO Nancy Dubuc.

Press Gazette editor Freddy Mayhew said: ‘There seems to be no end in sight to redundancies at online publications.

‘If the likes of The Pool, Buzzfeed and HuffPost can’t make digital journalism pay when they’re the experts, who purely publish online with no print offering, then the industry truly is in crisis.’

So sad to see what’s happening in digital media at the moment. Such a dark time with job cuts impacting former BuzzFeed colleagues (and me last year), US colleagues at HuffPost and now The Pool. It’s a huge loss to readers that so many talented reporters are losing their jobs :(

First @BuzzFeed cuts staff then @verizon and now @thepooluk has gone under… what is to become of quality journalism…. #BigQuestionNoAnswer #Uncertain

As journalists move on to new roles and freelance careers, all changes and updates are made in the Vuelio Media Database.